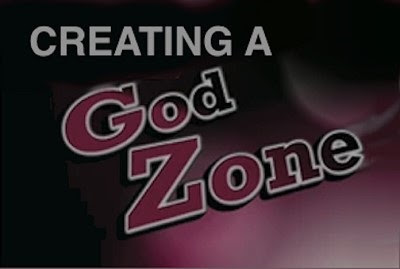 READING the scriptures is like eating the Bread of Life.

I always find that if I am ever pressed for time and try to read my Bible without praying first, it is just dry and mechanical. The Bible is a Spiritual book and it takes the breath of God to bring it to life.

John G. Lake was asked one day, “How do you preach with such inspiration?” He replied, “I always read my Bible in an attitude of Prayer.”

Just this week I was awakened from my sleep with a revelation about the process of prayer.

THE PROCESS OF PRAYER

The whole body takes part in the process of prayer, but it is the spirit man that takes the lead.  Every time you pray from your heart (spirit) you attract the presence of God.

Paul taught the church at Roman,

8 – But what saith it? The (spoken = [rhēma]) word is nigh thee, even in thy mouth, and in thy heart (the center and seat of spiritual life): that is, the word of faith, which we preach;

9 – That if thou shalt confess with thy mouth the Lord Jesus, and shalt believe in thine heart that God hath raised him from the dead, thou shalt be saved.

10 – For with the heart (spirit) man believeth unto righteousness; and with the mouth confession is made unto salvation.”

On November 30, 2019, early in the morning as I was in a dreamlike​ state when the process of prayer was shown to me in a very basic way.  Romans 10:10 was placed before me.  Two words stuck out

Then these words were dropped into my being, ‘SPIRIT TO SOUL’.

Every move of God started with one thing in common, PRAYER. ​Basic prayer is​ as simple as having a conversation, whether this conversation takes place on your knees in your secret place or walking down a busy street facing the challenges of life.

Conversations in the natural and in the spiritual create a positive or a negative atmosphere in the air around you. When we are in agreement as saints, God places the commanded blessing upon us. (Psalms 133)

I remember going to visit a couple on one of my pastoral visits. I rang the doorbell and as I was going into the house I was warmly welcomed into the house, yet I could sense the tension in the air. (I found out later the couple were just in the middle of a heated discussion when I rang the doorbell and they called a truce until I left.)  Even though they had agreed to be nice to me, there was still an unresolved matter which created a negative atmosphere in the house. Things are not always what they appear.

Have you ever noticed how babies pick up on positive or negative atmospheres? When Daddy and Mommy start arguing the baby starts crying yet the baby does not understand a word they are saying.  Why? They sense the atmosphere.

Now I said all that to show you that prayer sets a tone and creates an atmosphere that changes the environment. When you have changed your environment, Heaven intervenes, and the Kingdom interacts by coming down. 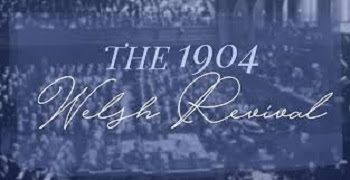 Evan Roberts was a miner in his early days, to the general public, he was a nobody.  He prayed from the beginning of his Christian life for a revival and for the next 13 years his constant prayer was “Revive this land”.  Many times, he prayed right through the night and then went to work early in the morning.

Then one morning at 1:00 AM he was awakened and was aware of the presence of Jesus and they talked together until 5:00 in the morning.  This meeting with Jesus continued nightly for three or four months.   In Roberts’s own words he said, “For hours each night I would enjoy the wonderful communion with God.  It changed my very nature and I felt that God was going to revive the church not just in Wales but in all the world.”

Led by Pastor John Kilpatrick a two-year prayer initiative for revival began in 1993, culminating in 1995, in what is now called the Pensacola Outpouring or the Brownsville Revival.

The Revival epitomized the core beliefs of Full Gospel teaching with a strong focus on the salvation of souls and baptism in the Holy Spirit.

In the 1920s Northern Ireland was disheartened by serious unemployment and mass emigration. A reign of terror brought fear and a sense of hopelessness to the land. Politicians had no answers, but God in His mercy delivered Northern Ireland in an unexpected way. A time of revival swept away much of the terror and brought peace back to a stricken land.

A Presbyterian evangelist called William P. Nicholson introduced a change to Belfast in the 1920s with the Gospel of Christ. Thousands became Christians under his ministry.  His nickname was “Tornado of the Pulpit”.  He had this saying, “True passionate preaching is the flower and fruit of passionate praying”.

Thousands came to Christ and the moral compass of the land was changed. There are many stories that are told about how the Belfast shipyard called Harland & Wolff (where the Titanic was built) had a shed named ‘The Nicholson shed’. They erected it to house all the stolen tools the newly converted workers had returned as a result of the revival. The steady flow of stolen goods that was returned was so great Harland and Wolff had to declare an amnesty. They forgave all who had stolen tools and materials and ask them to keep the items because they had no more room to store them all.

When God revived Northern Ireland, He did not just open their spiritual eyes He reached down into the depths of their soul and changed the moral fiber of the land.

Prayer really is the key to heaven.  I have a friend that says, “Why worry when you can pray?”  Why indeed!!!

Do you remember the old song, “When the Praises go up the Glory comes down”?

The only way we are going to make an impression in this world is by creating A God Zone! 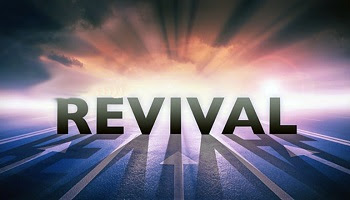 I do not believe God’s design for revival is for it to have this stop-start element. We have a strange way of always wanting to build a tabernacle in remembrance of an achievement that has not been completed. Peter on the mount of Transfiguration had this same problem.  All Jesus wanted to do was to let Peter, James, and John experience the Shekinah Glory of God. Yet Peter wanted to immortalize the Patriarchs and Jesus. God is taking us from glory to glory. Each revival is a progression of a spiritual encounter with God. Elevation should bring us into a place where we will be finally fit together as the Bride of Christ. Only prayer can achieve this constant flow of the presence of God.

John Kilpatrick has said that he believes another revival is on the way in America, but God’s people must pray.

Let us humble ourselves and pray!!!

Keep under the spout where the glory runs out!!!