Witchcraft Against President Trump Tonight – Prayer Warriors Get on the Wall 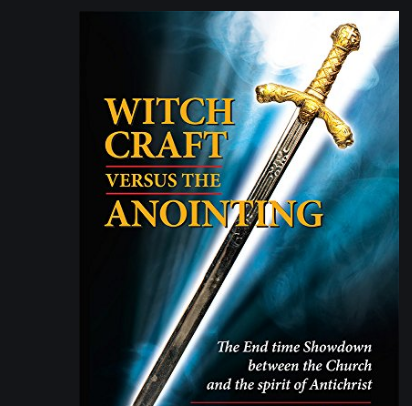 There is no such thing as white witchcraft.

There shall not be found among you anyone who makes his son or his daughter pass through the fire, or one who practices witchcraft or a soothsayer, or one who interprets omens, or a sorcerer. Deut. 18:10

May Yahweh have mercy on this Nation and our people. You can pray corporately on the Firestorm Website. Look for the FS Prayer Wall – Standing in the Gap: https://www.FirestormMinistry.com

Tonight they are casting their spells on The President of the United States.

Is this what we want to be happening in our Nation? May those of us who have been sleeping on the wall, awake and take a stand against witchcraft in our Nation.  In the Name of Yahshua, Father I rebuke any harm to our President Donald Trump and raise up a standard to BLOCK any and all assignments and curses that would come against our Leaders. I come against that which would seek to control and manipulate the will and rights You have given to Your People Father and I thank You – NO weapon formed against the United States and her people will prosper. I come against any witchcraft spells which would bind up our President and our Leaders from making righteous decisions over our Nation and our People. Any and all weapons are hereby commanded to be powerless and void, in the Name of Yahshua.

I thank You and Praise You Father for the cleansing and healing in our Nation and for our people to come together for the good of each other and not for personal agenda’s and gains.  Restore the good and righteousness in our Land and bring forth civility and forgiveness through Your Love Father.  Glory and Honor to You Yahweh, You who makes the impossible possible. You are the One True God and nothing is too hard for You. Hallelu-Yah!

Participants in the ritual, which has been performed regularly since Trump’s inauguration, are taking particular encouragement from Democrats’ recent launch of an impeachment inquiry, which they see as a sign their efforts are working.

“I’m willing to go on record and say it’s working,” said Michael Hughes, the self-described magical thinker and activist who came up with the ritual.

The spell is crafted “to bind Donald Trump and all those who abet him,” and is supposed to be performed during every waning crescent moon until Trump is removed from office.

(Added Insert: Tonight they are having their meeting at 11:59 to again come against President Donald Trump. This link shows you the spells and the books people are selling to continue the Harry Potter influence on a deeper level encouraging and implementing witchcraft in America and across the globe. The enemy is rising up in our house. Saints Pray to Yahweh to intercede for our Nation and the President of this United States.)

The ritual calls for the use of an unflattering photo of Trump, a tarot card, a stub of an orange candle, a pin, and a feather. Participants then call on the “heavenly hosts, demons of the infernal realms, and spirits of the ancestors” to bind Trump “so that his malignant works may fail utterly.”

Against Hughes’ expectations, the ritual took off, and is still being performed almost three years later, with this month’s event likely to draw thousands of participants at small group gatherings and covens, or meetings of witches, around the world.

Hughes told the Washington Examiner the spell went “immediately viral and just completely exploded” after he posted it on Medium, prompting attention from major news outlets. He said he thought any response to Trump’s election “had to have an equal sense of surreality or strangeness to break through the media and social media.”

While he said it is difficult to calculate how many people participated at the first event in 2017, Hughes said it was “definitely in the thousands” and spread “across the world.” He noted that several thousand people continue to participate in the ritual every month.

Hughes considers this spell a way for people to feel re-empowered in the wake of the 2016 election.

“Knowing thousands of people are gathering together at the same time from all over the world to do this ritual and to put our beliefs and our desires into sharp focus, and to do that ritualistically, I think that has a really powerful effect,” said Hughes.

Karen Tibbits-Williams, a New Zealand-based witch and paranormal investigator, said the point of the ritual is to prevent Trump and his supporters from causing harm, but the ritual does not specify how that result should be achieved.

“It could happen by creating unity and strength amongst his opponents, it could be brought about by his impeachment and removal from office,” she wrote in an email to the Washington Examiner.

But while the means by which Trump is bound is not clearly defined, Tibbits-Williams is also confident the ritual is working.

“I’ve seen for myself, many times over, the power and effectiveness of magick. My confidence in the power and efficacy of our Binding — and the effect which it is having — is absolute. I don’t ‘believe’ that it works … I know it does,” she said.

Hughes said that a desire for a more direct spirituality, is driving the popularity of paganism and witchcraft.

“They’re embracing spiritual paths, spiritual ideas that allow them to be empowered in their spirituality without that middleman,” such as a priest or rabbi, said Hughes.

And Hughes’ ritual is not the only effort to cast a spell on the Trump administration. Last year, a group of witches gathered to perform a hex to cause suffering on Supreme Court Justice Brett Kavanaugh, using effigies of Trump, Kavanaugh, and Senate Majority Leader Mitch McConnell.

Father Vincent Lampert, a Roman Catholic priest and the designated exorcist of the Archdiocese of Indianapolis, said that Hughes’ ritual and the occult more broadly give an opening to evil in the lives of participants.

“Some of them may be doing it thinking it’s just fun, but they are gambling with evil, and just because their motive is one way doesn’t mean they’re not opening up an entry point for evil in their own life,” Fr. Lampert told the Washington Examiner.

And while more people might be turning to magic and witchcraft to find meaning, Fr. Lampert warned they are dangerous solutions

“I think evil will present itself as something good, maybe initially to attract people’s attention, to draw people in, but then ultimately people are going to discover it’s all about fracturing their lives,” he said.

Leviticus 19:31
You must not turn to mediums or spiritists; do not seek them out, or you will be defiled by them. I am the LORD your God.

Leviticus 20:6
Whoever turns to mediums or spiritists to prostitute himself with them, I will also set My face against that person and cut him off from his people.

Leviticus 20:27
A man or a woman who is a medium or a spiritist must surely be put to death. They shall be stoned; their blood is upon them.'”

Deuteronomy 18:10
Let no one be found among you who sacrifices his son or daughter in the fire, practices divination or conjury, interprets omens, practices sorcery,

Deuteronomy 18:11
casts spells, consults a medium or familiar spirit, or inquires of the dead.

1 Samuel 28:3
Now by this time Samuel had died, and all Israel had mourned for him and buried him in Ramah, his own city. And Saul had removed the mediums and spiritists from the land.

Jeremiah 27:9
But as for you, do not listen to your prophets, your diviners, your interpreters of dreams, your mediums, or your sorcerers who tell you, ‘You shall not serve the king of Babylon.’

Jeremiah 27:10
For they prophesy to you a lie that will serve to remove you from your land; I will banish you and you will perish.