There is no doubt in my mind and spirit, “The Body of Christ,” is under a full bore, “in your face,” spiritual and physical attack. There is not one minute of the day where we are not under the assault of the Coronavirus “Pandemic” and hearing how powerful and dangerous it is. Fear and Panic have spread like wild fire and not only are we under attack from this “Pandemic,” but we are also being targeted by various news media outlets claiming “Evangelicals,” that would be us, have caused this Pandemic. Interesting.

My first response to all of this is to go after and identify this enemy who is coming against us. What, or “Who is this Pandemic?

In the natural, I get it. We are dealing with a virus, however I want to know WHO I am dealing with in the spirit realm. Looking to identify an enemy can be an interesting study when we dig for a spiritual root. If you don’t believe in a spiritual or heavenly realm, you may want to stop reading this post now, then again, maybe it is time for you to consider the fact, there really is a spiritual realm, where The God of Heaven (Yahweh) and a devil (Satan), are at war, fighting over who will rule over us (the world).

If you are a believer, you know when we pray, we release words into the atmosphere to join with heaven and bring down heavenly mandates to the earth. Jesus said it this way. When you pray, pray this way. “Our Father who art in heaven, Hallowed be thy Name, (here it comes) Thy Kingdom come Thy Will be done here on the earth just like it is in heaven.” 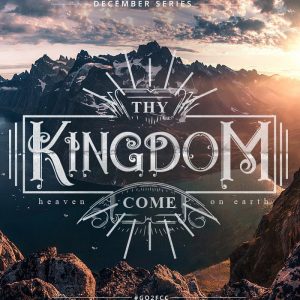 There is no death, no disease, no anger, no hate, no lying, cheating, quarreling and such in Heaven. So, we are praying against those things here, which are not of the nature of the kingdom coming. We speak life where there is death, in the Name of Yahshua. We have the authority to do this, because we were given dominion over this earth through Yahshua/Jesus, the manifested presence of Yahweh and He waits for us to use that authority through an intimate relationship with Him, here on earth. It is called spiritual warfare. If the church is silent, there is no warfare, only a horrible ride, down a slippery slope of perversion and evil, to the front door of Satan.

So, what is the spiritual entity attacking us through this virus? What does the word Pandemic mean? According to the dictionary, a pandemic is a global outbreak of disease. Pandemics happen when a new virus emerges to infect people and can spread between people sustainably. Because there is little to no pre-existing immunity against the new virus, it spreads worldwide. The virus that causes COVID-19 is a viral infection invading the bodies of people and spreading easily from person-to-person.

OK, that is what it does, but again, who is this pandemic? Pandemic comes from the Greek word, “pandemos” meaning, “of all the people”. It is linked in ancient Greek as an epithet to the Greek goddess Aphrodite described as the goddess of “sensual pleasures”.

Take a good look at all those words defining Pandemonium, they all belong to the kingdom known as Hell. They are enemies of our souls! Ponder on this.

The word “pandemonium” is associated with Pandemic and was “invented” by John Milton in his poem Paradise Lost, where a lot of false doctrines have evolved into Christianity. Pandemonium is one of those words we can trace back to a single person who spun it seemingly out of thin air. In his epic poem, Milton uses the Greek word Pandaemonium, as the “capital of Hell”.

So, pandemonium is literally the place of ALL demons and though the word pan-demonium is a relatively modern “invention,” the word demonium, meaning abode of demons or hell, DID exist in classical Latin. Does anyone remember the name “Pan” from ancient Greek Mythology? 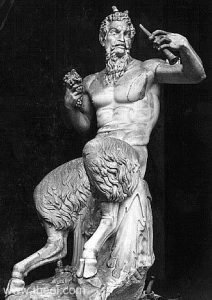 He is the god of the wild, shepherds and flocks, nature of mountain wilds, rustic music and impromptus, and companion of the nymphs. The ancient Greeks considered Pan to be the god of theatrical criticism. He was the one who appeared as half goat, half man and is said to have delighted the hearts of all gods, which is why they named him “Pan” (meaning “all”). In addition, Pan’s name is the basis from which the word panic is ultimately derived.

What is this pandemic causing in our nation? Fear, Panic, Chaos and Death. Who is described with those qualities? It is not a person, it is a spiritual being named Satan and his demonic hordes. He comes to rob, steal and destroy that, which is holy unto our God Yahweh. This is not just a thing, it is a Satanic (spiritual) being hiding behind this pandemic.

Want more? Lets did a little deeper to see how this pandemic is linked the Church of Yahshua/Jesus, The Christ and to each of us who say we are Born Again into Him.

In the ancient town of Caesarea Philippi there was a Greco-Roman city located near the ancient city of Dan, located in the northern part of Israel, by Mount Hermon and the Jordan River. In Matthew 16 Jesus traveled from Dalmanutha to Bethsaida, where he healed a blind man. Afterward according to the Gospel of Saint Mark, as He walked north toward Caesarea Philippi, Jesus asked His disciples, “Who do men say that I AM?” This is the most important question revealed in the entire New Testament.

Can you imagine the horror of the disciples when Jesus led them there? I bet they were shocked and possibly they might have felt fear and distaste from all the commotion and “pandemonium,” which was going on. There were other temples there too. The Temple of Pan was on the left in front of Pangrotto cave. Get this, it was called and believed to be, the “gateway of hell.” 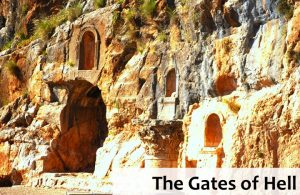 I can see Jesus pointing to the to the temple, in the midst of all the chaos and evil as He said,

“And I say also unto thee, that thou art Peter, a small rock and upon the Large Rock (Mt. Hermon), I will build My Church (GK. ECCLESIA-CALLED OUT ONES), and the gates of Hades will NOT prevail against HER. Matthew 16:18.

He was prophesying, declaring and proclaiming the destiny and calling of every single one of us who claim to be IN CHRIST against ALL the forces of Hell.

This is the Scripture
THE ROCK, we stand on here in Firestorm
What or Who are you standing. upon? 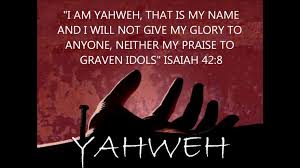