What Can Destroy Our Faith

What Can Destroy Our Faith?

1 – He went away from there and came to His hometown, and His disciples followed him.

2 – And on the Sabbath He began to teach in the synagogue, and many who heard Him were astonished, saying, “Where did this man get these things? What is the wisdom given to Him? How are such mighty works done by His hands?

3 – Is not this the carpenter, the son of Mary and brother of James and Joses and Judas and Simon? And are not His sisters here with us?” And they took offense at Him.

4 – And Jesus said to them, “A prophet is not without honor, except in His hometown and among His relatives and in His own household.” 5

5 – And He could do no mighty work there, except that He laid His hands on a few sick people and healed them.

6 – And He marveled because of their unbelief.  And He went about among the villages teaching. 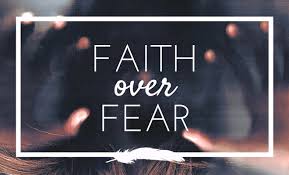 I think fear is one of the largest hindrances to faith.  If we are afraid, we don’t step out to do what Yahweh has called us to, but there are other things that can also keep us from walking in faith and doing all that Yahweh calls us to do.

I wonder sometimes why some people are healed instantly, some take time, and some it appears, are never healed.  I know without doubt, that Yahweh wants His children to walk in health, so why don’t we?  I certainly don’t have the answers, but I do know about some things, which can destroy our faith and perhaps delay healing.

The passage of scripture in Mark explains that Jesus only healed “a few sick people,” and revealed three “faith destroyers,” which I believe are part of the reason, we don’t see more healing.

Becoming offended is a major weapon of Satan to cancel the effectiveness of faith in the life of a believer. Here the people were offended at “the preacher,” because they thought someone from such humble beginnings, couldn’t be used by Yahweh so powerfully. Becoming offended at the man or woman of Yahweh is all too common in the church and there are many believers who remain sick because of it. We should avoid offense, because it is spiritually poisonous.  If we become offended, it begins a slow process of poisoning our whole system, until we begin to look for how everyone is going to “do us wrong” and we live a life dominated by strife.

What is the cure for “offense”? It is the Love of God, because “love does not take into account a wrong suffered” according to 1 CORINTHIANS 13.  Learning to live with a forgiving attitude is love in action.  E.W. Kenyon said, “A step out of love is a step into sin.”

Just like walking in love is a key to having great faith, being an “honorable person” is just as important. The Bible tells us to “give honor to whom honor is due”, and “to give honor to all men.”   Showing honor is a matter of respecting others at the level they deserve. All men deserve honor as human beings made in Yahweh’s Image.

The Bible plainly states that “unbelief” is evil in the sight of Yahweh, especially after being a witness to His mighty power in operation, HEBREWS 3:12. The word “unbelief” can be a result of “ignorance of the facts” which is not a sin, but the evil “unbelief” is being “unpersuadable,” due to hard-heartedness or being stiff necked. Jesus’ power was blocked in the above passage, because the people could not be persuaded to take Him at His Word, regardless of all the miracles they had witnessed. The only way to overcome an evil heart of unbelief, is full submission to Yahshua and acceptance of the Bible as the ‘INFALLIBLE WORD OF GOD.”    (2 TIMOTHY 3:16-17). As we read, study, and listen to the Word of God, we will become “persuaded” to believe all that is written therein, as the Spirit of Christ brings illumination to truth.

My prayer is that we, watch and guard ourselves, from these three “faith destroyers” of Offense, Dishonor, and Unbelief.

Yahweh wants us to operate in our full “faith potential,” which is “great faith” and walk in the realm of the miraculous.

I am ready for the miracles, are you?