Yesterday we all heard about the President and his wife testing positive to the Covid Virus. Immediately the news outlets and social media
exploded with comments on both sides of the isle regarding well wishes, not so well wishes and a renewed debate on the issue of wearing masks.

However, there is one issue being ignored, which I believe is the most important and compelling for every single American and more than that, every single person in the world today.

From the New York Times yesterday, ” President Trump has received a dose of an experimental antibody cocktail being developed by the drug maker Regeneron, in addition to several other drugs, including zinc, vitamin D and the generic version of the heartburn treatment Pepcid, according to a letter from his doctor that was released by the White House Friday afternoon.

Mr. Trump and the first lady, Melania Trump, announced early Friday morning that they had tested positive for the coronavirus. The president has a low-grade fever, nasal congestion and a cough, according to two people close to Mr. Trump. In the letter, Mr. Trump’s doctor, Dr. Sean P. Conley, said “he completed the infusion without incident” and that he “remains fatigued but in good spirits.”

There are no approved treatments for Covid-19, but the Regeneron treatment is one of the most promising candidates, along with another antibody treatment developed by Eli Lilly. Both are being tested in patients around the country. Initial results have suggested that they can reduce the level of the virus in the body and possibly shorten hospital stays — when they are given early in the course of infection.

Although Regeneron’s product has not been authorized for emergency use by the Food and Drug Administration, companies can grant access to their experimental treatments through compassionate use, for example, if all other options have failed and a patient might die without trying the drug.”

In the midst of all the news and social reports, does anyone else realize what President Trump just did? He stepped up to let doctors try experimental drugs on him. He asked permission from the FDA to use his own body as a test case. Think about that.

He could have just played it safe, quarantined and used the status quo of what is being used in the medical field today against Covid. Notice Melania stayed at the White House, I did not hear she was being given these experimental drugs.

Could it be he was moved to Walter Reed, because he has endangered his life of 74 years to use these new techniques, not only for himself, but for ALL of us? Has he just put his life on the line for us?

I don’t want to miss the importance and the incredible decision this man has made again, stand in the gap for America and make her, not only GREAT again, but HEALTHY again.

If this experimental cocktail brings the Vaccine, which will break the hold of Covid – OFF this Nation and the World, it will be because of, not only the doctors, scientists and prayer warriors all working behind the scenes, but also because the leader of the free world, President Donald J Trump, offered his life.

I believe the scripture, for this moment of time is: 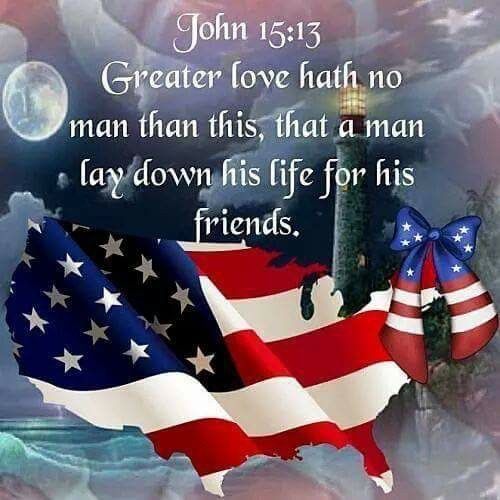 Father I lift up this man Trump and his whole house and I thank You for Your Hand Upon Him, for surely You sent him to us, for such a time as this. Raise him up Father, he still has a lot to do for this Nation and the World, in the Name of Yahshua.