The Prophet & The Process of Growing Up

By Becca CardFebruary 17, 2020ABOUT THE PROPHETIC - BONNIE NELSON

The Prophet & The Process of Growing Up 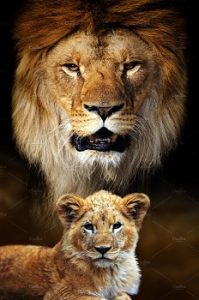 In our walk to learn more about who we are as a generation of prophetic people, there will be a lot of stumbling blocks released by the enemy of our souls, friends, families, leaders, teachers, you name it, the stumbling blocks and mind games will come from everywhere to challenge us regarding, who we are in the Kingdom and who we serve.

The pitfalls can be deep and dangerous as we learn truth and grow into the prophetic vessels Yahweh has created us to be. A lot of people say experience is the best teacher, but it can also be a very cruel teacher.

If you are sensing the call of the prophetic ministry and not content with just giving a word to the church once in awhile, there are some things you should know, which can help you stay on the pathway Yahweh has called you to walk.

Growing up in the Prophetic to be a vessel Yahweh can trust and bring forth words of life to His People, is a high calling and He will do His part to train and equip you. One of the most important factors involved in the process of maturing a prophet is found in one word: Integrity.

A prophet who has lost his integrity is a very sad thing to see, or for that matter, to BE. So what does integrity mean?

This is a pretty impressive list of things involved in this word integrity, don’t you think? The Bible also talks about integrity in the first Book of Kings, chapter 9:4-5.

Now if you walk before Me as your father David walked, in integrity of heart and in uprightness, to do according to all that I have commanded you, and if you keep My statutes and My judgments, then I will establish the throne of your kingdom over Israel, forever, as I promised David your father, saying, “You shall not fail to have a man on the throne of Israel.

We are called to walk before Yahweh in integrity of heart and in uprightness to do according to all He has commanded us to do. We are to keep His Statutes (written law) and His judgments. It sound like a big assignment, don’t you think?

So, are we walking in integrity today? Do you see integrity in our world, your workplace or your church? As a prophet of God, we are called to walk in integrity, not to blend in with the world and its standards and we are to know the difference between the laws and judgments of Yahweh from that of the world. Are we there?

We are called to live by solid Biblical Truths, not personal opinions, perceptions, false doctrines, rituals and/or traditions past down through generations and generations, which are not true.

We are living in a time when it seems everybody in our Nation is divided by their opinions and no one seems to have any moral compass or standard to adhere to regarding the difference between what is right and what is wrong.

We are in a place where anything goes, no limits, if it feels good do it and no one is accountable to anyone for their actions. Think that only happens today? Take a look at Judges 21:25. Evidently the same thing was happening back in Biblical days.

“In those days there was no king in Israel: every man did that which was right in his own eyes.”

According to scholars, “When the Israelites’ continued to worship the Canaanite gods, it lead to an invasion by the nation of Moab. It is said history repeats itself.

Could there be Nations scheming to try and invade the United States in the midst of all the idolatry and evil happening? Could immigrants storming our borders have deeper agenda’s than just trying to get a job? Just wondering.

So what happened to Israel? What did Yahweh do?

Each time the idolatry and evil would rise up, Yahweh would send and/or raise up a judge, he or she would lead Israel to battle against its enemies, and with heavenly help, they restored peace and prosperity. But like clockwork, as soon as that judge died, Israel would slide back into idolatry again. (Notice the heavenly help)

It is interesting to note one of the Judges was the Prophet, “Deborah.” God sent a woman to lead the army, who said let it be known a woman did this thing.

Who can or will God use today to help re-establish His Standards and bring this Nation out of idolatry and perversion? Who will He send? Will it be a woman? Will it be a man? Who will go? Who is ready? Who is prepared? Is it you? Is it me?

The Prophet is entwined with Yahweh to bring forth His Will and His Way. It is the Kingdom of Heaven being brought down to earth. And it shall come by the very Word of Yahweh through His Prophets who stand for His Integrity.

The Prophet and the message he carries is always to restore Yahweh’s People back into a relationship with Him and set them free from evil powers and back into walking in integrity and righteousness before Him.

One of the major musts for a Prophet is to know Yahweh’s sovereignty and the importance of being loyal to Him and His laws above all other gods and sovereigns. Indeed, the authority of the prophets and the judges comes not through prominent dynasties, nor through elections or appointments, but rather through the Spirit of God.

The Spirit of Christ is working in us to meld us together with Him in a way never seen before. Being one with Christ and being mature, means walking in His Integrity, knowing Him, knowing what is written and speaking His Words into the Atmosphere of the Nations.

Prophets of Yahweh, listen well and let His Words be heard. 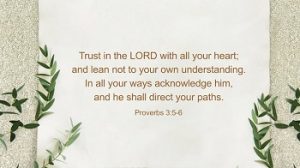