The Nature of Prophecy – Jim Mellard 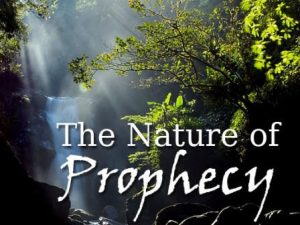 A Deeper Look into The Prophetic Ministry

All True Ministries Come Out of “Intimacy” With God

You are being called into your destiny—And your age has nothing to do with this call: Job 12:12:

” With the ancient is wisdom and in length of days understanding.”

Caleb stated in Joshua 14:11 ‘I am still as strong today as I was the day Moses sent me out. My strength for battle and for daily tasks is now as it was then.” He was 85. I AM 82, what is your excuse?

The Spirit is releasing a New Anointing on the Older Stars. I see a Spirit of Worship being released. (Worship is fruit of the heart, whereas praise is the fruit of the mouth) This will be a deeper Anointing than we have ever walked in and will cause us to walk in “Crazy Faith.” We will speak, and it shall become.

Many of us have dreamed the impossible, BUT I tell you, the time is here and now, when we can and shall walk in the dreams we have dreamed…make it so, Lord!! The Joy of the Lord is our strength. Nehemiah 8:10:

Then he said unto them, Go your way, eat the fat, and drink the sweet, and send portions unto them for whom nothing is prepared; for this day is holy unto our LORD: neither be ye sorry; for the joy of the LORD is your strength.

2 Corinthians 10:4-5: For the weapons of our warfare are not carnal, but mighty through God to the pulling down of strong holds; Casting down imaginations, and every high thing that exalted itself against the knowledge of God, and bringing into captivity every thought to the obedience of Christ.

What are our weapons?

The Baptism in (of ) the Holy Spirit 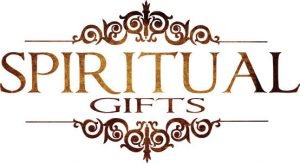 There are 9 Spiritual Gifts

JOHN 15:16—You have not chosen Me, but I have chosen you and I have appointed you (that you might go and bear fruit and keep on bearing, and that your fruit may be lasting that it may remain, abide, so that whatever you ask the Father in My Name (as presenting all that I AM, HE MAY GIVE TO YOU).
The gifts and callings are based on His sovereignty not on your own ability or desires.

Romans 11:29: For the gifts and calling of God are without repentance.

Ephesians 2:20 We (the church) are built on the foundation of the Apostles and Prophets

There are many different levels of Prophecy — For Example:

Many agree that this is the highest form of prophecy—This is given when a believer is claiming to speak for God Himself. This type of prophecy is either 100 correct or 100 percent wrong. The Lord said it and that settles it —The Word is a good example.

2) IT SEEMED GOOD TO THE HOLY SPIRIT AND TO US–

Acts 15:28: For it seemed good to the Holy Ghost, and to us, to lay upon you no greater burden than these necessary things.

This type of prophecy reflects a consensus about the will of God. It may or may not be 100 percent accurate, but by saying this, a group is saying that to the best of their ability (knowledge) they believe this is the will of God for a situation.

3) SO, DOES THIS MEAN ANYTHING TO YOU?
What do you think about this? An example of this type of prophecy would be as we pray for people, a word or thought comes to mind, we can inquire of them what God is doing in their lives?

Sometimes the Lord leads us into prophetic intercession. This is a Word of Knowledge.

1 Cor 12:8: For to one is given by the Spirit the word of wisdom; to another the word of knowledge by the same Spirit.

4) THIS TYPE OF PROPHECY CLAIMS NO AUTHORITY.

Example –I do this a lot. Excuse me, as you were sitting there, I kept hearing/thinking (scripture) comes to mind…The Lord Wants you to know He has heard your prayer…

1) IMPRESSIONS: This is defined as the lowest level of prophetic revelation. It is like we have an impression for the Lord about something or someone.

3) OPEN VISIONS: These visions are a higher form of revelation than the vision we see with our mind or eyes. They would be classified as a vision like Cornelius had in Acts 10:3. These types of visions are less frequent than the others and they are usually given when God want to communicate something especially important.

4) DREAMS: These are the most common form of revelation and like visions; dreams can have different levels of clarity and revelation. Most of our dreams are cause by food, stress, and desires. You probably have heard the term, “Pizza dreams. Too much of a good thing will do it every time.

I have found God does give me some dreams: however, I am asking for the open visions… (Your old men shall dream dreams and your young men shall see visions) come visions. Acts 2:17.

5) TRANCES: The next highest form of revelations is “he fell into a trance” (Acts 10:10)—I guess we can describe it as having a dream, while you are awake. Another name given to this experience is an “Open Vision”

I experienced this type of “Open Vision” only once. —I was about 11 years old and I saw my Grandfather depart this earth and go to Heaven. I was awakened at 3 AM and looked out the window. I saw a chariot pulled by horses and surrounded by Angels. My grandfather came out through the roof of the house and got in the chariot and went Heaven. It shook me up.

I believe we can also classify Angels, visitations and hearing the audible voice of God additional Prophetic experiences.

Other than the event with my grandfather, I have never seen an Angel, that I am aware of, but I know we entertain Angels unaware, because of Hebrews 13:2: Do not forget to entertain strangers, for by so doing some have unwittingly entertained angels.

Most of the time, I hear the voice of God in my mind, but I have heard His audible voice on several occasions and when it is audible and let me tell you — You Will Know It!

VARIATIONS IN THE PROPHETIC

Many are called as Prophets and few choose to accept and the ones that do—well—there are different levels of “call”—A lot depends on “what price you are willing to pay—for me, I am all in. Smile

The Gathering of 2 or three well-seasoned prophets (men and women), accepting appointments from people and seeking the Lord for them and then, ministering to them.

1 Tim 4:14: Do not neglect the gift that is in you,which was given to you with the laying on of the hands of the eldership.

Acts 13:1-3: Now in the church that was at Antioch there. were certain prophets and teachers: Barnabas, Simeon who was called Niger, Lucius of. Cyrene, Manaen who had been brought up with Herod the tetrarch, and Saul. As they ministered to the Lord and fasted, the Holy Spirit said, “Now separate to Me Barnabas and Saul for the work to which I have called them. Then, having fasted and prayed, and laid hands on them, they sent them away.

The Gift of Prophecy

This is one of the nine spiritual gifts that is given TO THE CHURCH. The Gift of Prophecy is considered a revelation gift as is Tongues and Interpretations of Tongues.

The Spirit of Prophecy is the testimony of Jesus. It is not a gift, as much as an Anointing arising from Christ within the believer.

A strong prophetic presence of the Lord can bring on this anointing. 1 Samuel 10:10 is a good example.

When they came there to the hill, there was a group of prophets to meet him; then the Spirit of God came upon him, and he prophesied among them.

Acts 2:17: ‘And it shall come to pass in the last days, says God, That I will pour out of My Spirit on all flesh; Your sons and your daughters shall prophesy, Your young men shall see visions, Your old men shall dream dreams.

1 Cor 12:10-14: to another the working of miracles, to another prophecy, to another discerning of spirits, to another different kinds of tongues, to another the interpretation of tongues. 11 But one and the same Spirit works all these things, distributing to each one individually as He wills. 12 For as the body is one and has many members, but all the members of that one body, being many, are one body, so also is Christ. 13 For by one Spirit we were all baptized into one body—whether Jews or Greeks, whether slaves or free—and have all been made to drink [g]into one Spirit. 14 For in fact the body is not one member but many.

Romans 12:6: Having then gifts differing according to the grace that is given to us, let us use them: if prophecy, let us prophesy in proportion to our faith;