The Impartation and Role of the Prophet

A couple nights ago, I woke up and scrambled to write down the following:

There have been times in our Nation when Yahweh rose up a people, carrying His Spirit, to bring Freedom to His People.

So, who were these people? I believe they were the Prophets.

God is stirring and calling out to His Prophets to rise up and take their place, many of whom are still immature, but this is their time and maturity will come, because this is their season and the reason, for their creation. Selah! (Think About It)

Yahweh is not calling them to go forth alone, but to link up in groups, where they will be strong and become an army, not easily defeated.

This is not as in the days of the Old Covenant, when there was one Prophet who Yahweh moved through. This is an army of Prophets for today – where Yahweh is fully manifested in them, through the Name Yahshua/Jesus and supernaturally empowered by His Spirit.

Yahweh is pouring out His Word to reveal strategies and directions to those who will be on the front lines of battle, where good and evil clash and He is doing it through the Prophetic.

Because the Prophetic Opens the Door to the Supernatural Realms of Yahweh and even though it is written, everyone is encouraged to covet prophecy in I Corinthians 14:39, there are many, who could care less about entering the supernatural realm of prophecy and all the supernatural doors it opens.

However, there is a tribe, who consider prophecy to be the inner most desire of their soul and a gift to be treasured, above all things. They are worshippers and intercessors that cry out for help from their knees to the heavens, seeking Yahweh’s Words, in the midst of darkness.

This is a tribe in the 5 Fold Ministry, different from the other four known as, The Prophets. Here are a people who have been given a mandate and a characteristic by Yahweh, to reveal, take down, destroy, overthrow, and yet, to plant and rebuild, according to His Purposes, before they were born. They are the set apart ones.

How do I know that? Because of what Yahweh said. In order to understand your place, your part of what is happening, you have to know what Yahweh put INTO you from before your beginning. It is the very core, the heart of who you are, to be what He spoke into you. It is why are you drawn to the Prophetic? It is your call and your destiny, if you want it!

Here’s what Yahweh imparted into the Prophet in Jeremiah 1.

And Jeremiah said, “O Sovereign Lord,” I can’t speak for you! I’m too young!”

The Lord replied, “Don’t say, ‘I’m too young,’ for you must go wherever I send you and say whatever I tell you.

And don’t be afraid of the people, for I will be with you and will protect you. I, the Lord, have spoken!”

Then the Lord reached out and touched my mouth and said,

Look, I have put my words in your mouth! 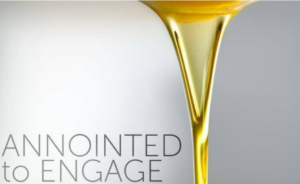 Today I appoint you to stand up against nations and kingdoms

Some of you must uproot and tear down, destroy and overthrow

Others you must build up and plant.

The very nature of the prophetic is to stand up against evil kingdoms of the satanic realm through Yahweh’s words, released from His Spirit to ours. He directs and leads, He commands, not by power or by might, but by His Spirit. We are not commanded to compromised and condone those things, which are against Yahweh. We are to be the light when there is darkness, to speak life where there is death and to speak the living Rhema Words of Yahweh to bring truth and reveal the Way through Christ.

Yahweh calls His Prophets to be strong and courageous in verse 17.

“Get yourself ready! Stand up and say to them whatever I command you. Do not be terrified by them, or I will terrify you before them.

Today I have made you a fortified city, an iron pillar and a bronze wall to stand against the whole land—against the kings of Judah, its officials, its priests and the people of the land.

They will fight against you but will not overcome you, for I am with you and will rescue you,” declares the Lord.”

The prophet is called to stand, declare, proclaim and to prophesy what Yahweh is releasing to His People. It is not about money or position or fame, it is about a nation of peoples who will perish without the living word of Yahweh spoken over them.

Yahweh brings power to the Words He gives us to speak. These shall birth the miracles, signs and wonders we hear about. They will come when we release His Words and Yahweh puts His power to them and everyone will know HE DID these things. It was not done by any man or woman, but through the Living God. He will receive all the glory and the honor and no man or woman or ritual or idol will be lifted up above Him.

It’s about you and the impartation Yahweh has placed in your inner belly, which causes you to seek and listen for His Words and then, your decision to be obedient and faithful to release His Words to those who so desperately need to hear them.

Now you know the rest of the story, about the Prophetic impartation Yahweh gave to You.