D. Question from a Scribe.
1. (34-36) Question from a lawyer among the Pharisees: which is the greatest commandment?
a. When the Pharisees heard that He had silenced the Sadducees, they gathered: Matthew gives us the fascinating scene of the opponents of Jesus working hard to embarrass Him – and working unsuccessfully.

b. Asked Him a question, testing Him: This question was also planned to trap Jesus. In asking Jesus to choose one great commandment, they hoped to make Jesus show neglect for another area of the law.
1). The Rabbis reckoned up 613 commandments of the law; and distinguished them into the greater and the lesser. These later they thought might be neglected or violated with little or no guilt.

As Moses’ law or commandments are mentioned, it is not just referring to the 10 Commandments, but the 613 laws later added–Levitical law, governmental laws, judicial laws, moral laws, spiritual laws, civil laws, keeping of feasts and festivals. Jesus/ Yahshua is our guide when it comes to obedience, as He provided the proper example of how to live the precepts of His Father Yahweh. Being sinless, Yahshua was faithful to the Old Testament commandments, including the weekly Sabbath and Feasts, Hebrews 4:15, 1Peter 2:22. JESUS/YAHSHUA FULFILLED THE LAW!!

Matthew 22:37-39 Jesus said to him, “‘You shall love the Lord your God with all your heart, with all your soul, and with all your mind.’ 38 This is the first and great commandment. 39 And the second is like it: ‘You shall love your neighbor as yourself.’ Notice heart ( mind of the spirit), soul ( mind, will and emotions,) and mind mentioned again.

1st and only commandment—PERFECT LOVE

1 Peter 4:8 And above all things have fervent love for one another, for “love will cover a multitude of sins.”

1 John 4:18 There is no fear in love; but perfect love casts out fear, because fear involves torment. But he who fears has not been made perfect in love.

Galatians 5:13-17 For you, brethren, have been called to liberty; only do not use liberty as an opportunity for the flesh, but through love serve one another.14 For all the law is fulfilled in one word, even in this: “You shall love your neighbor as yourself.”15 But if you bite and devour one another, beware lest you be consumed by one another! 16 I say then: Walk in the Spirit, and you shall not fulfill the lust of the flesh.17 For the flesh lusts against the Spirit, and the Spirit against the flesh; and these are contrary to one another, so that you do not do the things that you wish.

Ephesians 5:2 And walk in love, as Christ also has loved us and given Himself for us, an offering and a sacrifice to God for a sweet-smelling aroma.

Sin by definition: An act which expresses man’s selfishness and his failure to love his God or his neighbor at some given point of contact. 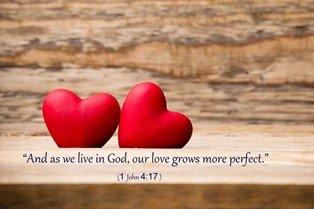 a. Jesus said to him: Perfectly understanding the essence of the law, Jesus had no difficulty answering. Instead of promoting one command over another, Jesus defined the law in its core principles: love the LORD with everything you have and love your neighbor as yourself.
i. It is clear enough what it means to love the LORD with all we are, though it is impossible to do perfectly. But there has been much confusion about what it means to love your neighbor as yourself. This doesn’t mean that we must love ourselves before we can love anyone else; it means that in the same way we take care of ourselves and are concerned about our own interests, we should take care and have concern for the interests of others.

b. On these two commandments hang all the Law and the Prophets: God’s moral expectation of man can be briefly and powerfully said in these two sentences. If the life of God is real in our life, it will show by the presence of this love for God and others.

E. Jesus asks a question of His opponents.
1. (41-42a) Jesus asks about the lineage of the Messiah.

a. While the Pharisees were gathered together: Before they could think of another question to test Him, Jesus asked them a question.
b. What do you think about the Christ? Whose Son is He? This was similar to the question Jesus asked of His disciples in Matthew 16:13-15 (Who do you say that I am?). Jesus confronted His opponents with the need to decide who He was, connecting Himself to the Old Testament understanding of the Messiah (the Christ).

2. (42b) The Pharisees identify the lineage of the Messiah.

a. The Son of David: This is one of the great Old Testament titles of the Messiah. Founded on the covenant God made with King David in 2 Samuel 7, it identifies the Christ as the chosen descendant of King David’s royal line (see also Jeremiah 23:5-6, Isaiah 9:6-7, and Luke 1:31-33).
b. The Son of David: It is possible that the Pharisees did not know or had forgotten that Jesus was of the line of King David and was even born in Bethlehem, the city of David. When Jesus recently entered Jerusalem, it was noted that He was from Nazareth, and perhaps His connection to King David had been unknown or forgotten (Matthew 21:11). 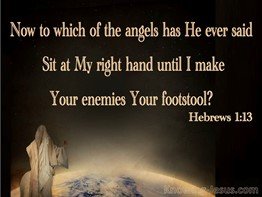 a. How then does David in the Spirit call Him Lord: The Pharisees were partially right in saying that the Messiah is the Son of David. But they didn’t have a complete understanding of who the Messiah is. He is not only David’s Son (a reference to His humanity), but He is also David’s Lord (a reference to the deity of Jesus, the Messiah).

b. If David then calls Him Lord, how is He his Son? Jesus’ brilliantly simple explanation of the Scriptures put the Pharisees on the defensive. They did not want to admit that the Messiah was also the LORD God, but Jesus showed this is true from the Scriptures.

a. No one was able to answer Him a word: The religious leaders hoped to trap Jesus and embarrass Him in front of the Passover pilgrims that crowded Jerusalem and heard Him teach. Yet Jesus embarrassed them instead.
1). Yet even their silence was a tribute. The teacher who never attended the right schools (John 7:15-18) confounds the greatest theologians in the land. And if his question (Matthew 22:45) was unanswerable at this time, a young Pharisee, who may have been in Jerusalem at the time, was to answer it in due course (Romans 1:1-4; 9:5).”

b. Nor from that day on did anyone dare question Him anymore: Logic and rhetoric proved useless in attacking Jesus. Now His enemies would use treachery and violence instead.
1). Jesus was done debating with the religious leaders. From now on he will not debate with the authorities but will go over their heads to the crowd.

Explanations for Matthew 23:1-39
We will continue with Les.7 next week.