Proverbs 18:21 puts it this way: The tongue has the power of life and death. The stakes are high. Your words can either speak life, or your words can speak death. Our tongues can build others up, or they can tear them down.

I was taught to never bind something unless you also loose. Example: I bind sickness from this body and I loose the health of God.

Every believer is given the glorious privilege of overcoming their enemy and joining in the triumph of Jesus Christ. Unfortunately, too many never seem to learn the connection between victory and their words. With an undisciplined tongue they talk their way into defeat snared by their own words. If they only could learn, not only just the power of God’s Word, but the power of their own words. It must be revealed to us how our words affect our ability to rule in the spirit. Although the ultimate kingdom of Christ will not be established until He returns at His Second Coming, we have permission, today, to put on display the victory of the Lord Jesus Christ by the authority that we have been given by Christ Himself. It cannot and will not happen until we discipline our speech, conforming to the principles of God’s Word.

Matt. 16:20-28 Then He commanded His disciples that they should tell no one that He was Jesus the Christ.

21 From that time Jesus began to show to His disciples that He must go to Jerusalem, and suffer many things from the elders and chief priests and scribes, and be killed, and be raised the third day.22 Then Peter took Him aside and began to rebuke Him, saying, “Far be it from You, Lord; this shall not happen to You!”23 But He turned and said to Peter, “Get behind Me, Satan! You are an offense to Me, for you are not mindful of the things of God, but the things of men.”

24 Then Jesus said to His disciples, “If anyone desires to come after Me, let him deny himself, and take up his cross, and follow Me.25 “For whoever desires to save his life will lose it, but whoever loses his life for My sake will find it.26 “For what profit is it to a man if he gains the whole world, and loses his own soul? Or what will a man give in exchange for his soul?27 “For the Son of Man will come in the glory of His Father with His angels, and then He will reward each according to his works.28 “Assuredly, I say to you, there are some standing here who shall not taste death till they see the Son of Man coming in His kingdom.”

16:20-28 Then he misvahs his disciples to not word to humanity that he is the Meshiah. YAH SHUA PROPHESIES HIS DEATH AND RESURRECTION And from then Yah Shua begins to show his disciples how he is prepared go to Uri Shelem: and suffer much from the elders and the Rabbi Priests and scribes and slaughtered on day three and rise. And Kepha guides him and begins to reprove thereby, wording, So be it not to you, Lord: that these be to you. And he turns, and words to Kepha, Go you behind me, Satan! You are an offence to me: for you think not of God but of humanity. Then Yah Shua words to his disciples, He who wills to come after me is to deny his soul and take his stake and come after me.

Verse 20
h. He commanded His disciples that they should tell no one that He was Jesus the Christ: Jesus was pleased that His disciples were coming to know who He was in truth, but He still didn’t want His identity popularly known before the proper time.
i. Before they could preach that Jesus was the Messiah, they had to learn what that meant.

1)Yet this was the predicted work of the Messiah (Isaiah 53:3-12). He must die, and He must after His death be raised the third day.

2). The suffering and death of Jesus was a must because of two great facts: man’s sin and God’s love. While His death was the ultimate example of man’s sin against God, it was also the supreme expression of God’s love to man.

a. Far be it from You, Lord; this shall not happen to You! At this moment Peter had the remarkable boldness to rebuke Jesus. Peter did it privately (took Him aside). Yet he was confident enough to tell Jesus that He was wrong to consider going to Jerusalem to be killed.
1). It’s not hard to see Peter following these steps:
· Peter confesses Jesus as the Messiah.
· Jesus compliments Peter, telling him that God revealed this to him.
· Jesus tells of His impending suffering, death, and resurrection.
· Peter feels this isn’t right, and he feels that he hears from God and therefore has some authority or right to speak.
· Peter begins to rebuke Jesus. “Began” suggests that Peter gets only so far before Jesus cuts him off.
· What Peter said didn’t line up with the Scriptures.
· What Peter said was in contradiction to the spiritual authority over him.
b. Get behind Me, satan! This was a strong rebuke from Jesus, yet entirely appropriate. Though a moment before, Peter spoke as a messenger of God, he then spoke as a messenger of satan. Jesus knew there was a satanic purpose in discouraging Him from His ministry on the cross, and Jesus would not allow that purpose to succeed. Jesus/Yeshua didn’t call Peter satan but addressed the spirit of satan which, of course, is the spirit of antichrist. 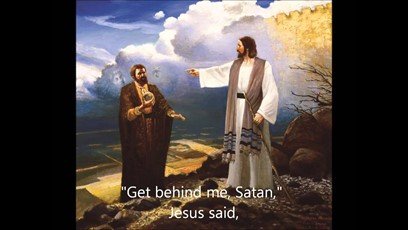 1). Peter is a perfect example of how a sincere heart coupled with man’s thinking can often lead to disaster.

Jesus’ call to disciples.
Verse 24 Jesus declares His expectation that His followers would follow Him by dying to self. (we discussed dying to self, but we will reiterate here)

Denying self means to live as an others-centered person. Jesus was the only person to do this perfectly, but we are to follow in His steps (and follow Me).
Dying to self involves reckoning, knowing, yourself dead to the old and alive to Christ.

Rom. 6:11 So you also must reckon/consider yourselves dead to sin and alive to God in Christ Jesus.

The Word says that He must increase and I must decrease. Notice He must increase first and then I WILL DECREASE as I mature in Him. The Glory of this process is why men will seek death (to self). They really must come to the understanding that they are already dead. I am crucified with Christ.

Gal. 2:20 I am crucified with Christ: nevertheless I live; yet not I, but Christ liveth in me: and the life which I now live in the flesh I live by the faith of the Son of God, who loved me, and gave himself for me. KJ

There are 2 laws: The law of the Spirit of life in Christ Jesus. The law of sin and death. 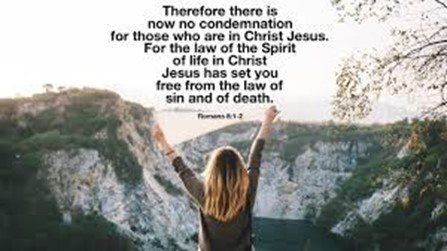 Verses 25-27 The paradox of the cross: finding life by losing it.

a. Whoever desires to save his life will lose it, but whoever loses his life for My sake will find it: We must follow Jesus this way, because it is the only way that we will ever find life. It sounds strange to say, “You will never live until you first walk to your death with Jesus,” but that is the idea. You can’t gain resurrection life without dying first.
b. What profit is it to a man if he gains the whole world, and loses his own soul? Avoiding the walk to death with Jesus means that we may gain the whole world and end up losing everything.
c. He will reward each according to his works: This ultimate gain is given on this day. If we live life blind to this truth, we really will lose our own soul.
Verse 28 A promise to see the Son of Man coming in His kingdom.
a. Some standing here… shall not taste death till they see the Son of Man coming in His kingdom: Jesus said this at this moment to emphasize an important truth. Walking with Jesus, (in Jesus) means a life of the power and glory of the kingdom of God. Jesus promised some of His disciples would see glimpses of that power and glory.