Here are two words from the Thursday night Situation Room.
I have also enclosed a picture quote from Lance Wallnau.
Blessings, bon 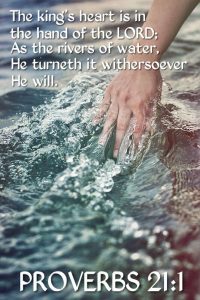 Some of the challenges that we are going through are actually Yahweh widening and deepening the channels within us so rivers rush out of us to help others. 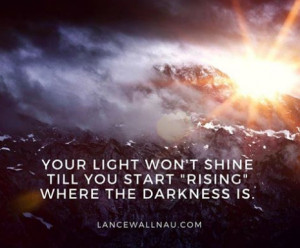 In the midst of the pandemic many fear, but lo, what do I smell. There is a sweet young fragrance rising up to Me from many all across this world I created. And though you do not see it, just as Elijah was so despondent – do not be. For I have thousands who will stand with you in My Name. I AM the One who always holds the victory. 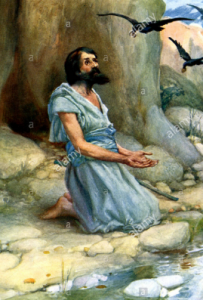 Do not fret or fall into unbelief For I AM that I Am is working . Watch now and see what shall be exposed for those who have eyes to see what I AM doing.

The older generation and the younger generation who are in Me, do not yet know each other, but there is now a rising and coming together where power is being lifted up to Me and I will take it and use to break the walls the enemy has put into place and thinks they are so high they will not come down.

But surely as the walls of Jericho came down, I pounded them into the ground and so shall these walls come down and you will not live in fear behind them. You won’t even have to step over them, just walk across them with no fear.

For the LORD your God is the one who goes with you to fight for you against your enemies to give you victory.”
Deut. 20:4

For Everyone Born of God Overcomes the World. This is the Victory that Has Overcome the World, Even Our Faith.
1 John 5:4 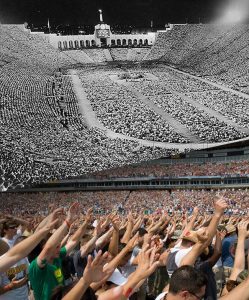 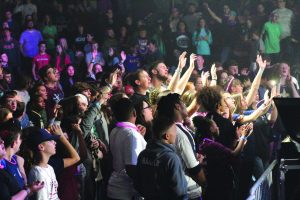 More than 6,000 students and adult chaperones packed the Rapids Parish Coliseum in Alexandria. Louisiana for the Evangelism Celebration 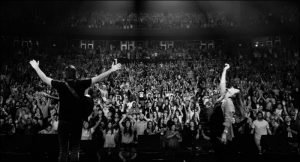 “Raise A Hallelujah,” the anthemic heart-cry of praise which has quickly been embraced by listeners around the world, is the latest single from GRAMMY®-nominated Bethel Music to top Christian radio charts. Recently landing at #1 on Billboard’s Christian Airplay chart for two consecutive weeks, “Raise A Hallelujah” was co-penned by and features Bethel Music worship leaders Jonathan David and Melissa Helser.

Nominated for a 2019 Dove Award for Worship Recorded Song of the Year, “Raise A Hallelujah” is featured on Bethel Music’s Dove-nominated VICTORY live recording. Inspired by the 2 Chronicles story of King Jehoshaphat and the unlikely victory won by sending worshipers to the front lines of battle, the project is nominated for two Dove Awards: Worship Album of the Year and Recorded Music Packaging of the Year.

Written while Bethel Music CEO Joel Taylor’s son, Jaxon, was critically ill with an E-coli virus, the chorus of “Raise A Hallelujah” came to the Helsers as they prayed for Jaxon. The song soon became a “weapon of worship” for the Taylor family, singing it over Jaxon for several weeks until he was restored to health.

Since its release, testimonies about the chart-topping song have poured in from around the world, including Levi Floyd’s miraculous story. After nearly drowning in the ocean, Levi lay lifeless on the beach while paramedics worked to revive him. His sister began to sing “Raise A Hallelujah,” and Levi–who had been without a pulse for five minutes–started breathing again as the bystanders worshipped. Read Levi Floyd’s complete testimony here.

In celebration of the song’s international impact, Bethel Music recently released an acoustic video of “Raise A Hallelujah.” Featuring Jonathan David and Melissa Helser, the clip was filmed in the couple’s hometown of Sophia, North Carolina.