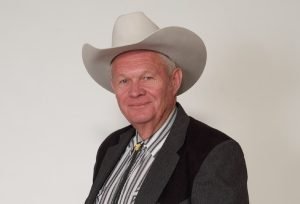 Did God Send This Pandemic to Turn America Around?

This discourse is in response to what I see as a “false” reasoning out there regarding the so-called “pandemic” and it being God-sent. I hope it brings encouragement and clarification to the Body of Christ so that they know how to think and how to stand – which will affect how we pray and decree.
For openers and getting right to the point – this crisis is a sickness that is fear-driven.

Jesus never uses sickness to straighten us out. And God has not given us the spirit of fear!

One word of admonition here – Don’t go back to the Old Testament to prove that God uses sickness and plagues today. The New Covenant clearly does away with that idea. According to what the Word tells us, “That dog won’t hunt.”

Hebrews 1:1-3 tells us distinctly that Jesus, not the Old Testament prophets, is now our example. He clearly set Himself, and the Church, against sickness and disease. In His earthly ministry He never used sickness to straighten anyone out and teach them a lesson. And He always said, “Fear not,” or “Let not your heart be troubled.”

I say “false” because their reasoning does not line up with the Word of God. I say “so-called pandemic” because the numbers simply are not there to support the claim of a run-away plague, especially in California.
If you remove the media and the government reports you have no pandemic – period!

There is still no death from the virus in Mariposa County – zero! And percentage wise, there are very few cases in all the other counties of California.

When I checked the official numbers on April 29, 2020, there were approximately 1,887 deaths in the whole state of California, and most of them actually died with other major problems. 1,000 of those are all in L.A. County.

So, according to the real numbers, all the “shelter-in-place” orders by the state, which are constitutionally illegal themselves (in the state and U.S.), are total nonsense anyway! It was never necessary to shut the country down, close the churches, establish a police state, make crooks out of good citizens, and devastate the national economy and American way of life.

Check out these two Doctors and what they say here.

Make no mistake, the millions of people originally forecasted to be infected by the virus in America was a plan of the devil to shock everyone into getting scared and getting them to climb aboard the “panicky pandemic train”…and sadly, to a great extent, it worked. That’s why God calls people sheep.

Some articles and conversations I’ve heard out there say this is a pandemic, and that God sent this thing to turn America around. Now, let’s consider that for a moment. Let’s look at America as a big ship going the wrong way.

In all its sin it is sailing straight toward doom and disaster. With all the craziness that has been going on in this country I can see and understand that reasoning and concern. (Photo via Wikimedia Commons)

However, let’s back up and look at the big picture. The big ship was already turning back toward holiness and righteousness well before this crisis. The Church (the huge remnant of fiery prayer warriors – which I call the engine room of the ship) in this country, and especially this state, has been hard at it for years. A mighty roar of the Lion of Judah has been thundering into the ears of our merciful Lord and Savior praying for our nation. Here are just a few of the results:

• The Supreme Court, and many district courts, have been profoundly turning more holy since 2016.
• Roe vs Wade is now doomed.
• Common sense and righteousness have returned to the White House.
• Frequent Spirit-led prayer meetings are now in the White House.
• Israel is being honored and blessed by our country at a whole new level, including the U.S. Embassy being moved to Jerusalem.

These are things that place the hand of God directly onto a country and its people.

So no…this crisis is not a move of God that He is using to turn America around. It is an attack of the devil that God will make him sorry for by turning it for good.

I Know we still have a ways to go to get right, but remember, God doesn’t look so much at where we are, as where we are going.

Besides, our gracious and loving God knows how to reap a harvest out of hurricanes and a bountiful crop out of train wrecks!

Moreover, He will probably use this mess by putting an angel in the wheelhouse of the ship to pour on the power and put the “giddy-up” on the turn of the ship, steering it faster toward her manifest destiny – which is Him and His plan for America.

No, He did not send this virus but watch Him use it.

There Is a Good and Healthy Rebellion

We all know that the Bible says that “rebellion is as witchcraft.” But remember that is only referring to rebellion against God. Rebelling against an evil regime is not what that is talking about. There are some Bible characters that prove this little point: Elijah, Jehu, John the Baptist, Peter, James and John and the apostle Paul – just to name a few. And then there was that fella that made Himself a whip and turned over some tables, and drove the knot-heads out of the Temple!

Also, don’t forget that America was birthed from rebellion. Our forefathers were ordained of God to rebel against a tyrant kingdom. Those boys knew how to throw a real “tea party!” They also knew how to use those squirrel guns – running the creeks red with blood. That little, tiny Continental Army eventually, under the hand of God, sent the largest army on the planet packing with their tail between their legs.

Had George Washington lost that war, He and all the signers of the Declaration of Independence would have been hanged or shot for treason. But that rebellion birthed the greatest nation in history.

We believe it is time now for some godly rebellion from the Christians. It is time for the Bible-believing Christians to stand up and say “no” to the lunacy! Step out there and believe God!

This stuff should make you hat-stomping mad. That means you are so mad you throw your hat down and stomp on it! (Photo via PickPik)

Things are too upside down to even consider going with the flow…and remember, “only dead fish go with the flow.” Just consider this:

• The numbers we already discussed.

• A liberal governor tells the church to shut down and it must obey.

• The tobacco shops and liquor stores are essential and open, but the churches are non-essential and closed down. Give me a Pentecostal break!

• A gal can’t go to church but she can go get an abortion.

• The pet groomers are essential but the ladies can’t go to the hair dresser.

• Doctors will tell you that isolating yourself lowers your immune system and increases your chances of getting all kinds of infections. See video at:

• Doctors are reporting being pressured to state “COVID” on death certificates where it was not diagnosed.

• Many hospitals are going broke anyway because everybody is afraid.

• The farmers are plowing under their crops, euthanizing their livestock, and pouring milk down the drain while the food banks are being overwhelmed with people who need food.

There is a lot more insanity I could list here, but you get the point. Life has always been full of risks. It is past time to open the country all the way! Save the economy and people’s livelihoods!

It is time to stand on the Word and obey God, not man! God is ultimately in control of America.

Prayers and decrees by the Body of Christ are what are holding the virus at bay in this state and country, not the doctors, and not the governors. Other states that did not lock down are proving that.

So, if you run into my wife Grace or me anywhere in Mariposa, or around California, you will not see us staying at home as good, little brainwashed sheep, or wearing face masks, or trying to keep folks away from us. We will be respectful, but if you reach your hand out to us we will shake it firmly…and if you want a hug it can be a bear hug.

You see, we actually believe that the devil and his disease bows and submits to the Jesus in us. You know…that stuff in the Bible. Besides, Jesus said, “Go!” not “Whoa!”

We love y’all and say “Happy Trails” as we all ride out of this thing! We appreciate those great words in the Bible: “And it came to pass.” And the old preacher responded, “Thank God it didn’t come to stay!”

Henry Falany is a revivalist, television and international speaker, encourager to the Body of Christ, and author of the revelatory book “God, Gold & Glory!: The California Contribution”. His wife Grace Falany is a pastor, prophetess/seer and conference speaker. Their main purpose in ministry is to bring a fresh revelation of the healing and miracle ministry of Jesus Christ to the Church. They founded Mariposa Revival Center in 1989, which is located in Mariposa, California. Mariposa is a mountain community located on the Mother Lode of the historic 1849 California Gold Rush.