I am praying for Americans to rise up against the H.R.5 Bill. Do you know what is really in this bill? Please checkout the information below. This is the most important time of our lives to be an American and a Christian.

Find your Congressional Leaders and send them a message. Congress is the legislative arm of our government and its job is to make laws to protect us and be fair to all American’s and was not founded to make anyone cater to un-natural sexual preferences in our homes, businesses, schools, jobs, and houses of worship.

Congress is made up of two houses: the Senate (upper) and the House of Representatives (lower). Each state has two senators in the Senate. The number of Representatives a state has is determined by its population. So, Google and get your congressional leaders e-mail addresses and phone numbers. Tell them NO for H.R.5. Don’t let this pass you by without standing for your rights of freedom of choice in America.

Below is information from the Heritage House on just what is in this bill and you can also go to the Family Research Council Site and get a deeper look at what is really in this bill. https://www.frc.org/

Please take note and take action and do it now. Oh Yahweh God, we need your help \o/

How Could Sex Orientation And Gender Identity (SOGI) LAWS Affect YOU?

Where the original Civil Rights Act of 1964 furthered equality by ensuring that African-Americans had equal access to public accommodations and material goods, the Equality Act would further inequality by penalizing everyday Americans for their beliefs about marriage and biological sex. Similar sexual orientation and gender identity laws at the state and local level have already been used in this way.

Here are 5 groups who would be harmed if the Equality Act becomes law: 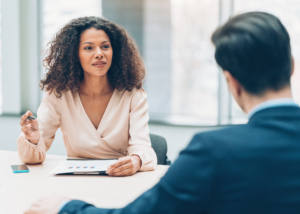 The Equality Act would force employers and workers to conform to new sexual norms or else lose their businesses and jobs. This is already happening on the state and local level. The most high profile example involves Colorado baker Jack Phillips, whose case went all the way to the Supreme Court after the Colorado Civil Rights Commission accused him of discrimination on the basis of sexual orientation when he declined to create a custom cake for a same-sex wedding.

He is not the only victim. Other cases involving disagreement over the meaning of marriage feature florists, bakers, photographers, wedding venue owners, videographers, web designers, calligraphers, and public servants. Now citizens are being punished for their views on biological sex.

Shortly after the Supreme Court ruling, Jack Phillips found himself in court again after an activist attorney who identifies as transgender, requested that Masterpiece Cakeshop create a “gender transition celebration” cake. After the Colorado Civil Rights Commission found probable cause that Phillips had discriminated on the basis of gender identity, he sued the Commission for targeting him for his Christian beliefs. Ultimately, the Commission dropped the case, and Phillips agreed to drop his own lawsuit against the agency.

Even when victims win legal battles like Jack Phillips, conflicts like these have a chilling effect. They discourage people from opening new businesses or entering into certain fields entirely.

A federal sexual orientation and gender identity law would preclude compromise of any kind on disagreements about marriage and sexuality.

Take Peter Vlaming. This high school French teacher was dismissed under the school’s anti-discrimination policy after he refused to comply with administrators’ orders to use a female student’s preferred masculine pronouns. Vlaming had tried to accommodate the student by avoiding pronouns altogether and addressing the student by their preferred masculine name, but this was deemed insufficient by the school board.

The Equality Act would increase conflicts like these and put people out of work for their beliefs. 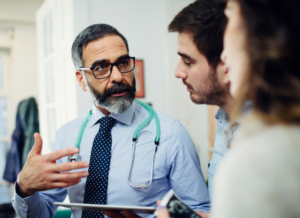 The Equality Act would force hospitals and insurers to provide and pay for these therapies against any moral or medical objections. It would politicize medicine by forcing professionals to act against their best medical judgment and provide transition-affirming therapies.

The fight is already here. Catholic hospitals in California and New Jersey have been sued for declining to perform hysterectomies on otherwise healthy women who want to become male. A third Catholic hospital in Washington settled out of court when the ACLU sued them for declining to perform a double mastectomy on a gender dysphoric sixteen-year-old girl.

These cases would multiply under the Equality Act. This bill would politicize medicine by forcing doctors, nurses, and other medical professionals to offer drastic procedures—not in view of new scientific discoveries, but by ideological fiat. 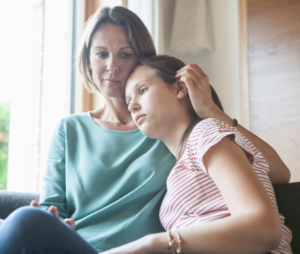 This politicization of medicine would ultimately harm families by normalizing hormonal and surgical interventions for gender dysphoric children as well as ideological “education” in schools and other public venues.

80 to 95 percent of children with gender dysphoria no longer feel distressed by their bodies after puberty. Yet activists continue to push their own radical protocol: social transition as young as 4, puberty blocking drugs as young as 9, cross-sex hormones as young as 14, and surgery by 18 (or, in some cases, even younger).

This protocol could become mandatory in the future. The latest issue of the American Journal of Bioethics includes an article arguing that the state should overrule the parents of gender dysphoric children who do not consent to giving them puberty-blocking drugs.

By silencing the scientific debate on transgender-affirming therapies through the politicization of medicine, the Equality Act would further normalize this radical protocol, and create an expectation that parents comply. In fact, parents in Ohio lost custody of their seventeen-year-old daughter because they declined to put her on testosterone supplements.

It is no secret that radical gender ideology has found its way into our schools (see here and here). This bill would stigmatize any and all opposition to such indoctrination.

The Equality Act would put parental rights to make decisions about their children’s medical treatment and education at risk. 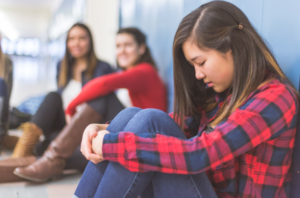 The Equality Act would ultimately lead to the erasure of women by dismantling sex-specific facilities, sports, and other female-only spaces.

Sexual orientation and gender identity laws that open up sex-specific facilities like bathrooms, locker rooms, etc. to members of the opposite sex enable sexual assault.

For example, Pascha Thomas was forced to remove her child from school after a male classmate assaulted her five-year-old daughter in the girls’ restroom. The boy had access to the girls’ restroom because the school’s policy that grants students access to private facilities on the basis of self-identified gender identity. Administrators refused to change the policy despite Thomas’ complaints. Federal authorities are now investigating the incident.

The concern with these policies is that predators will take advantage of the law to gain access to victims. Policies like these make women less likely to report incidents and law enforcement less likely to get involved, for fear of being accused of discrimination.

These policies also leave women at a disadvantage in sex-specific sports and other activities. Two biological males who identify and compete as women easily took first and second place at the Connecticut State Track Championships.

Selina Soule, a female runner, lost the race—and the chance to be scouted by college coaches and selected for athletic scholarships. “We all know the outcome of the race before it even starts,” she said. “It’s demoralizing.”

Females of all ages can expect to lose more and more opportunities like these to biological males who have a natural advantage in sports and physical activities. The Equality Act would defeat the entire purpose of Title IX, which was meant to ensure that women would have the same opportunities as men including in sports, and would leave women vulnerable to sexual assault. 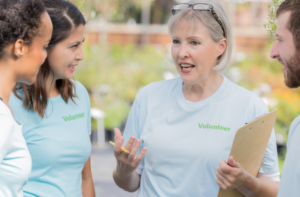 The Equality Act would also hurt charities, volunteers, and the populations they serve.

State and local sexual orientation and gender identity laws have shut down numerous faith-based adoption and foster care agencies across the country, in Pennsylvania, New York, Illinois, California, Massachusetts, and the District of Columbia.

These states wrongly treated the belief that children do best with both a mother and a father as discriminatory, and kids are the ones who are paying the price. With 438,000 children languishing in foster care nationwide, we need more agencies working to help kids find homes, not fewer.

Now charities that admit to the reality of biological sex are under attack too.

In Anchorage, Alaska, a biological male twice tried to gain access to the city’s Downtown Hope Center, a shelter for homeless, abused, and trafficked women. In response, the individual sued the center for alleged “gender identity discrimination.”

A federal sexual orientation and gender identity law could force any charity to open up private facilities—including sex-specific bathrooms, showers, and sleeping areas—to members of the opposite sex.

The Equality Act would cost our country countless charitable organizations, which means fewer institutions would be available to serve populations in need.

The Equality Act actually furthers inequality, especially for women and girls, by punishing anyone who does not affirm a single viewpoint of marriage and biological sex.

A federal sexual orientation and gender identity law would empower the government to interfere in how regular Americans think, speak, and act at home, at school, at work and at play. Any bill promoting such authoritarianism is a danger to our freedoms.