Prayer Call To The Wall

Hello Firestorm: I didn’t see the following post yesterday due to the Prophetic Training Class, but wanted to share it with you as it is still pertinent to our Nation. I firmly believe Dutch Sheets is a gift to the Body of Christ and when he speaks it is wise to stop, look and listen. I pray you will read through his message and his “call to the wall.” The thoughts Dutch shares reveal the difference in a Christian view compared to a view held in the world today. We can make a difference by using the weapon of our corporate prayers against evil. Our weapons are not carnal but powerful in pulling down strongholds and evil deeds. Seek Yahweh for his confirmation to your spirit in ALL things. Blessings, bon 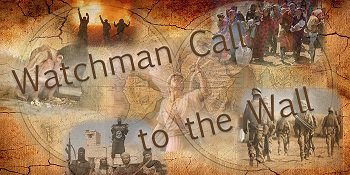 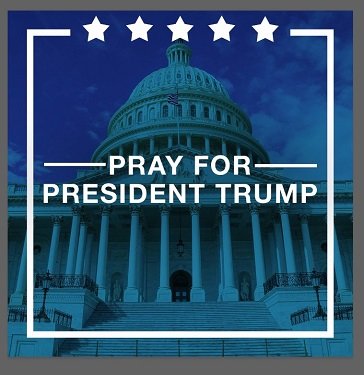 The impeachment hearings have begun in Washington, DC. Please be mindful that this is NOT an impeachment trial. What is happening now is being done by the Dems to see if there is just cause for impeachment.

I feel it is important that the Church rally together right now and pray for our nation and President Trump. We do not need America divided any more than it already is. The controversy needs to stop so our nation can move forward.

I have taken yesterday’s Give Him 15 devotional and am sending it to you today. Please follow us daily on the free app so we can all be praying and agreeing together. Let’s be watchmen on the walls for our great nation.

America shall be saved!

Public impeachment hearings began today against President Trump. Both sides of the political fence were proclaiming victory on this first day. William Taylor, Acting U.S. Ambassador to Ukraine, and George Kent, Deputy Assistant Secretary at the State Department, testified. Liberals were saying they presented a strong case that President Trump overstepped his boundaries of authority. Additionally, they say he withheld funds to get compliance from the Ukrainian President Zelensky. Conservative commentators are saying there were few actual facts presented. Rather, there was a lot of hearsay and unprovable statements. They also presented counter-statements saying that the withholding of funds was not done to get Ukraine to comply, and that President Zelensky never knew the funds were being withheld. We think the hearings are meant to sway public opinion against President Trump, as no witnesses have been approved by the Democrats who can testify against the “whistleblower”.
Please continue to pray into these hearings, separating truth from falsehood. The next one is Friday, 11/15, when Marie Yovanovitvh, Former U.S. Ambassador to Ukraine, will testify. You can write your U.S. Representative here and ask for fair and just hearings with witnesses for both sides allowed to be questioned. There is an additional prayer guide you can obtain through that link, as well, which gives you specifics on who is testifying, who is on the committee holding the hearings, and other issues. Take advantage of it!

“There are six things the Lord hates, seven that are detestable to him: haughty eyes, a lying tongue, hands that shed innocent blood, a heart that devises wicked schemes, feet that are quick to rush into evil, a false witness who pours out lies and a person who stirs up conflict in the community.” (Proverbs 6:16-19; NIV)

Give Him 15 minutes in prayer:

Pray for every aspect of the hearings.

Say, “We proclaim the opposite spirit into the hearings: humility, truthfulness, a desire to bring healing to the nation, the unveiling of wicked schemes, desires in the witnesses to do good for the country, truth-telling witnesses, and those who can minister a peaceful resolution of these matters.”

Get the prayer guide here and pray for the committee members.

Pray for President Trump and his family through this trial. Pray for their physical, emotional and spiritual health and well-being.

A prayer you can pray:

God Most High, You are the one that sees the end from the beginning. You know the outcome of this trial the president is in. It is a very challenging moment in a very challenging presidency. His opponents have put him through one thing after the other to try to get his election reversed, his presidency annulled, get him removed from office, and now, to keep him from being re-elected. It’s like nothing we have witnessed ever before in history. President Trump has done much for life, for religious freedom, for the economy and the American worker. We don’t discount sin. However, we won’t tolerate false accusations against him, either. Separate truth from falsehood. Twisting of truth is not truth. Partial truth is not truth. The full truth is what we are all after and we say, “The full truth is what we will get!” Both sides will have a voice! We will not tolerate injustice or a kangaroo court where minds are made up in one direction and only witnesses to back that mindset are presented. No!

There are six things You hate, seven that are detestable to You: haughty eyes, a lying tongue, hands that shed innocent blood, a heart that devises wicked schemes, feet that are quick to rush into evil, a false witness who pours out lies and a person who stirs up conflict in the community. We proclaim the opposite spirit into the hearings: humility, truthfulness, a desire to bring healing to the nation, the unveiling of wicked schemes, desires in the witnesses to do good for the country, truth-telling witnesses, and those who can minister a peaceful resolution of these matters. Protect the president and his family from the effect of these attacks. Let Your precious blood, Jesus, protect their minds, bodies, emotions, and spirits. Amen.

Lord reverse the things You hate in the impeachment hearings!