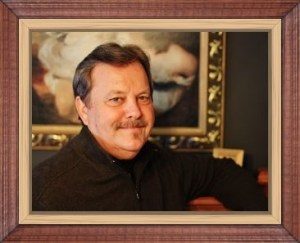 Don started preaching the Gospel in 1975, 37 years ago. He was born in Sikeston, Missouri, May 22, 1952, a forth generation minister. His great grandfather being JL McCain, a great evangelist at the turn of the last century in the Church of God.

He attended the Union University located in Jackson, Tennessee, which was founded in 1823 and is the oldest institution affiliated with Southern Baptist life. Today, for a second year they are rated by U.S.News & World Report as one of only 86 schools nationally “where the faculty has an unusual commitment to undergraduate teaching” with its core values being excellence-driven, Christ-centered, people-focused, and future directed. They work to develop character, servant leadership and cultural engagement……All of which explains Don McCain.

Don has been married to his wife, Patti, for over 35 years. She moves in many of the gifts of the Lord including, pastor, prophetic worship leader, intercessor and in dreams and visions. Don and his wife Patti have 6 children and 7 grandchildren.

They started their ministry life working and building a church, “Uptown Baptist Church” in the inner city of Chicago in 1976, that ministry is still thriving to this day. Their God encounters there laid a foundation of trust in the Lord that has carried them far and wide in these 35 years of ministry together. Their marriage, Don says, “is proof of God’s MFEO.” (Made For Each Other) designing.

Don is one of the first Evangelists to hold crusades in Romania after the wall fell and has ministered in missions to Nicaragua and Jamaica. To this day he travels to Jamaica helping Pastor Stoney raise up pastors and teachers at their college, which Don’s home church Spring House helped build and support.

Don was moving and ministering in the prophetic long before it became popular and accepted in church circles and God has used him in the spiritual realm of deliverance ministry to help many people.

Don moves as the Lord leads, whether it be in the office of the Prophet, Pastor, Teacher, Evangelist or Apostle. He has not only been healed by the Lord himself, but the Lord has used him in the realm of signs, wonders and the miraculous, including the raising of a man who was dead.

Today, Patti and Don pastor over their ministry, Hearts and Souls, located in Smyrna, Tennessee, where they continue in mission work here and abroad, wherever the Lord leads to help spreading the “good news” in training and girding up the Body of Christ.

Don shares that Patti is truly the anointed one, he is just an all around good egg. Don never meets a stranger and is one who encourages, strengthens and reveals the character of our Lord everywhere he goes.