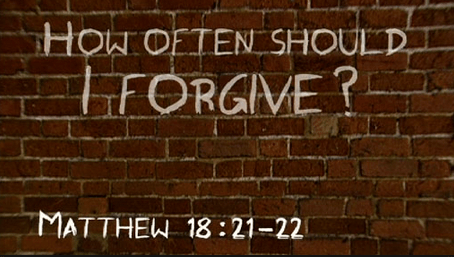 “Peter came to Him and asked, ‘Lord, how often should I forgive someone who sins against me?  Seven times?’  ‘No, not seven times’, Jesus replied, ‘but seventy times seven!’”

I read that forgiveness is rarely a one-time event.  Hmmmm.

So, how often do you have to keep releasing your right to get even??

I think maybe until you stop feeling the hurt?

Then, you’ll KNOW that you’ve forgiven that person.

“Peter came to Him and asked, ‘Lord, how often should I forgive someone who sins against me?  Seven times?’  ‘No, not seven times,’ Jesus replied, ‘but seventy times seven’”.  (NLT)

Peter thought he was being pretty forgiving, or generous!  I wasn’t aware of this, but in Jewish law, you’ve got to forgive a person three times, and after you’d forgiven them three times, that was it.  Ha, that’s all.  You didn’t have to forgive them anymore!  WOW!  So, Peter starts thinking…”The law says three times, right?  How about if I double it, and add in one for good measure?  Seven times?

(God’s going to be really impressed with this, isn’t He?)

“Wrong!  You aren’t even close!

Here, He’s saying that you just have to keep on doing it!!!  You just keep on forgiving until the pain stops!  Every time you remember that hurt, you make an intentional choice to say,

“God, that person really hurt me, and it still hurts.  But because I want to be filled with love and not resentment,  I am choosing to

give up my right to get even and wish bad on that person.  I am choosing to bless those who hurt me.  God, I pray You’ll bless

their life — not because they deserve it.  They don’t!

I don’t deserve Your blessing either, God.  But, I pray that You’d show grace to them like You’ve shown to me”. 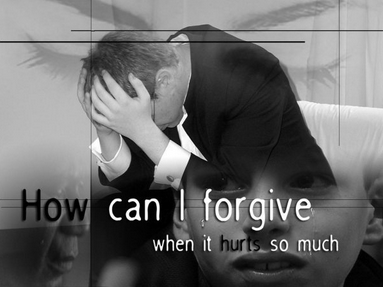 Who does???  NOBODY ever feels like forgiving, do they!

You may do it because it’s the ‘right thing to do’…and, then to get on with your life, right?
These steps are NOT easy, BUT with GOD’S POWER,

You can do it.

What hurt from the past still brings you pain?

How can forgiveness help you move forward??

When it comes to your relationships, what does it mean to have

God’s power working in your life?? 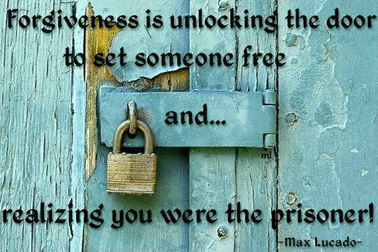 WHAT do YOU think?