ARE YOU ON YAHWEH’S SIDE

CHILDREN OF THE STATE 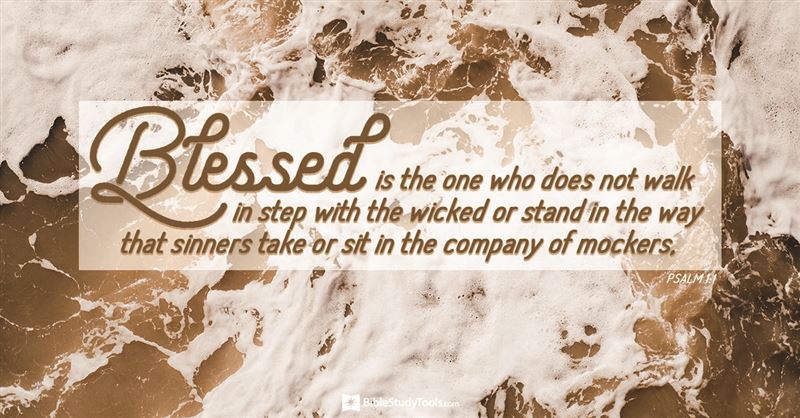 This is the fourth teaching on Imprecatory Prayer and I am leaning more and more on the them, to help me through each day without becoming a screaming maniac. It is amazing how many things have happened over the course of this last week, but just knowing through the imprecatory prayers I can war in the spirit realm and make a difference, has been incredible.

I can pray like David, Jesus, Paul and others did and release my feelings of abhorrence to the evil I am seeing in our Nation to Yahweh. This is definitely prophetic warfare on another level, which we really need right now!

It is interesting as I prayed, cried out and released my disgust to God, I found my peace returned. I think it is because I know He will do the right thing in the situation and I believe I am doing the right thing, by giving it to Him. What a trade off! Here take my Irritation, Aggravation, Frustration of the evil I am seeing and give me Peace and Joy. I like this.

This week Rep. Jerry Nadler (D-NY) declared, “what any religious tradition describes as God’s will is no concern of this Congress.” Go look.

How hypocritical is it for a person/persons in our Congress, to arrogantly dismiss Yahweh from our Nation’s Capitol, while he is standing in front of a plaque on the wall saying, In God We Trust? It is dangerous when a person or governmental body removes Yahweh from our Nation and puts themselves in His place, thinking they are God. Thinking is not being.

I was horrified at this arrogance and blasphemy of Yahweh and was led to the imprecatory Psalm 59:12-13

For the sin of their mouths, the words of their lips, let them be trapped in their pride. For the cursing and lies that they utter, consume them in wrath; consume them till they are no more, that they may know that God rules over Jacob to the ends of the earth. Selah Psalms 59:12-13 ESV

Now when I prayed this prayer, just like when David prayed, I realize the consequences, which will come from it are up to Yahweh, not me. He will do as He pleases. He may convert this person, He may remove him, He may restrain him, He may do whatever He pleases. It is all in His Hands, because He is the Sovereign God who’s the Judge of All the Earth. I just know I have to add my prayer, my part and co-labor with Yahweh.

After the prayer, I was feeling much better until, the stories of the mess at our southern borders began to come forth. What in the world is happening? President Trump had a deal with Mexico and the wall was almost finished. Now it appears the deal was cancelled and everything has exploded and 76,000 illegals crossed over our border in February and they are saying 2021 may see a million more.

Plus, we now have drug cartels using guns to shoot at our border patrols, and fight over bad drug deals and child trafficking. So what happened next? Someone in our administration has disarmed the border patrol and left them in harms way, with 3500 illegals a day being detained (where) and how many already crossed over?

The news media says huge numbers of unaccompanied minors at the border are surging and the political war rages over the treatment of these young children.

So, I am wondering, why are they letting all these children in with no parents? Who is going to raise them? Where are they going to live? And then, in my spirit I heard, “Children of the State.”

Children of the State 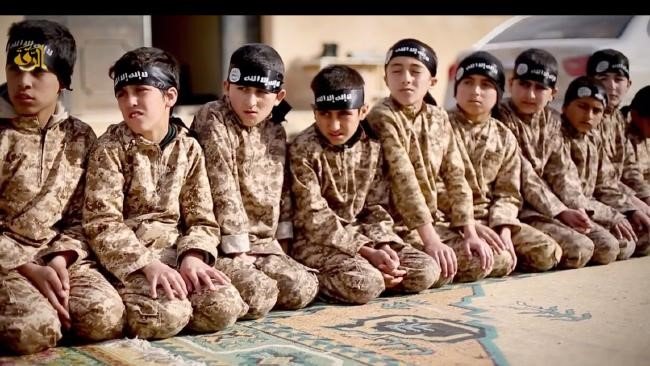 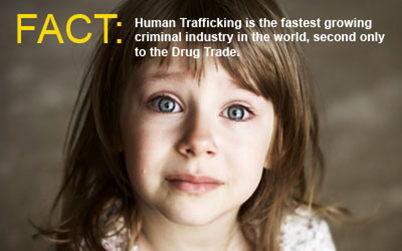 Can you get a hold of this? At this time, they are now sending these kids to military bases in Virginia, California, Texas, Oklahoma and who knows where else and what are they going to do with them there? I might be crazy, but I am thinking they are going to feed them, clothe them, medically treat them, school them and indoctrinate them as “Children of the State. Who protects these children from the State?

Socialistic professors have already indoctrinated over half the US colleges by removing our history, teaching sexual perversions, presenting an evil racist representation of our Nation, reduced men and women to being gender neutral and all hail Baal the god of abortion at anytime for anyone, at the expense of the American tax payer and in the face of Christians and Yahweh, who is the giver of life.

They have shut down the churches making us look as if we have no courage, voice or power to be dealt with and labeled us as religious fanatics, who need to be deprogramed and our kids should be taken away to be re-educated; by who, why The State, of course. They are replacing Yahweh and making the government the god over America, who will now supply everyone’s needs. Another check on the way.

Think I am kidding? Headlines today read: China proudly boasts, “China is Rising, American is Declining.” The world watches. Who is left to come against this invasion? Did you know China owns US land and some of our debt?

If that is not enough, we now have a our Capitol surrounded by razor wire, walls, Capitol police, FBI, CIA and 10,000 or more National Guard, whom they are treating like dogs, all are contained in a massive cage. It is wise to remember a cage can keep people out, but it can also keep people in.

There is more, but hopefully by now you are taking another serious look at the imprecatory prayers. Remember the song, When the Going Gets Tough, The Tough Get Going? I believe we need to get Tough and Smart. The weapons of our warfare today have to be of the spirit, not carnal. And we have to become wise as serpents and meek as doves, like David was. He was a small shepherd boy with a slingshot and 5 stones who took down a 9 foot Giant, and he was fierce in his imprecatory prayers in the spirit to Yahweh.

David did not have a problem praying imprecatory prayers like the modern church today. Maybe it was because he was more sensitive to the horror of the sin and evil he was seeing and hearing words of blasphemy against Yahweh.

It should be frightening to think we, as the Body of Christ, with all our education and spiritual training and dedications, to think we can stand in the presence of evil and not be moved to pray as David did.

The motivation to pray Imprecatory prayers in our Nation today should be THE RED ALERT to stand on Yahweh’s side, release legislative prayers with zeal for God’s Righteousness, His Honor, His Reputation and His Kingdom to come, instead of willingly ignoring blasphemy and overlooking evil. Do we really love Yahweh and His Name or are we playing a church game?

Could our reaction to the imprecatory psalms be traced to the fact we love men/women and their favor, or our love for mammon, political world power and evil agendas and deviant sex more than we love God, His Righteousness and His Favor? By the way, who promises eternal life? Selah! 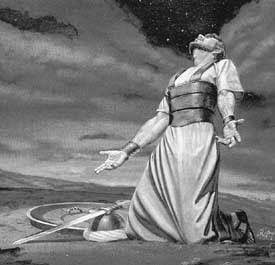 David was a King, God’s representative on the earth, so an attack on him was in effect, an attack on God. David’s enemies were not his private opponents but adversaries of God. Was he perfect no, but he was not evil and he fought when enemies “spoke against God with malicious intent:

Imprecatory prayers are not used for the destruction of a personal enemy, but for the wicked and those who oppose God and His Ways.

David called for divine judgment so long as the enemies persisted in their rebellion and it is important to know – we love our enemies by praying for their repentance through these prayers, who knows, just like Saul, Yahshua may make the way for your worst enemy to be saved. Is that not a kind thing to do instead of just walking away and being silent?

However, if they consistently refuse, our only recourse is to pray that God’s judgment be full and fair. We are not helpless or powerless as the world thinks.

Even in the church today, there often comes a time in dealing with human sin when the Church and God has to withdraw their merciful hand and release the human heart to its chosen path. That is when we turn someone in sin over to Satan for the destruction of the flesh; so as to save their soul and to keep others from following them and their ways.

To deliver such an one unto Satan for the destruction of the flesh, that the spirit may be saved in the day of the Lord Jesus. I Corinthians 5:5. Notice this is the New Testament.

David was one who knew about having clean hands. He knew he needed spiritual protection lest he “hate” God’s enemies for “personal reasons.” That is why he concludes with Psalm 139 with the prayer that God purify his motives and protect his heart.

Therefore, when David speaks of “hatred” for those who oppose God’s kingdom, he is neither malicious nor bitter nor vindictive, nor moved by self-centered resentment. But he most certainly is jealous for God’s name and firmly at odds with those who blaspheme. He is on Yahweh’s side, just like we should be, no more waffling back and forth, choose who you will serve. Choose who you will spend eternity with.

I understand some will react to the harsh language, which is used in the imprecatory psalms, but I don’t want anyone to loose sight of what sin deserves and what Yahweh deserves.

Praying for God to punish the “wicked” is neither unloving nor vindictive, but a statement and expression of faith in Yahweh who judges justly. (1 Peter 2:23)

Who, when he was reviled, reviled not again; when he suffered, he threatened not; but committed himself to him that judgeth righteously:

Let the dry bones live and the righteous rise and take their place. This is the fight of our life and the fight for our Nation and our God Yahweh. Do not be lack in knowing how important your vote is for Yahweh, His Policies and the Directives in His Word. 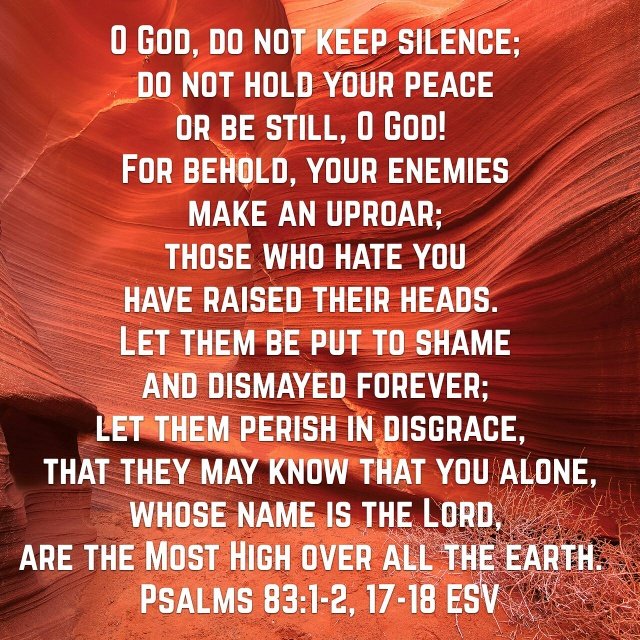