Recently, I heard a word for our Church (Victory Christian Center) and then, when I went to Alabama to visit Jim Mellard’s Church (Vineyard), I heard it again.  So, it may be this is a Corporate word, which needs to be shared with the whole church? You decide. 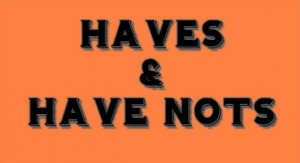 In this world there are those who are considered to be, “the Have’s & “the Have Not’s.” But I tell you today, this is not true in My Kingdom. There are no Have Not’s in My Family. If you have Me, you have it all, for I AM the God of Everything.

I AM Yahweh and beside me there is no one.  I Am your God and I AM in you and you are in Me. You are the Have’s, not the Have not’s and when you Have Me, you have everything you need.  Rest and Abide in Me and remember, My Name is Yahweh.

Do you think this is a now Word for The Church?

Here are some facts to consider. 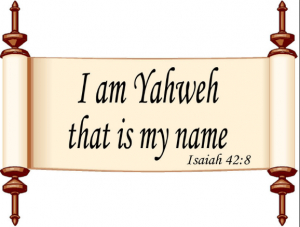 I am Yahweh, that is My name; I will not give My glory to another or My praise to idols.    Isaiah 42:8    Holman Christian Bible

1) His Name is Yahweh

Yahweh is called the Divine Name and the Tetragrammaton, or four-letter word, because it has four letters in Hebrew. Most Jewish people won’t even say Yahweh. Instead, they say HASHEM—a Hebrew word that means “The Name”, or they say Adonai—the Hebrew word for Lord. Yahweh is also called the Ineffable Name, or the unspeakable Name, but Yahweh’s Name is not unspeakable.

Yahweh’s Name doesn’t appear one time in the text of the three most popular English Bible translations on the market today. The King James Bible, the New American Standard Bible, and the New International Version substitute the titles “LORD” and “GOD” with all the letters capitalized where the Name “Yahweh” actually belongs.

Jewish religious leaders introduced this tradition in the mid-2nd century B.C., and it has continued since that time. This man-made tradition—which achieved near-universal acceptance in 1611 A.D. when the King James Bible editors failed to include the Name “Yahweh” in their inaugural edition—is wrong and dangerous for two reasons.

First, it nullifies Yahweh’s explicit command to tell the world that we have only One Elohim—Yahweh.

the Name “Yahweh” appears exactly 6,823 times in the Old Testament

“LORD” and “GOD” are titles—not names, and Yahweh never even hinted that we should declare His titles to the world.

Think On This:  These two titles can be applied appropriately to wood, rock, or metal, and Yahweh Himself refers to anything fashioned into an idol for worship as either a “god” or a “lord.”

Since these two titles don’t distinguish between Yahweh and inanimate objects and false deities, it makes no sense to believe they are appropriate substitutes for His Name. In truth, there is no substitute for the Name “Yahweh.”

“Forever” means without end so it’s obvious that Yahweh never intended for us to substitute “LORD” and “GOD” for His Name.

Since Yahweh instructed Moses to tell the Children of Israel to remember Him by the Name Yahweh “from generation to generation”, it’s perfectly clear that He wants everyone to know His Name, to call on Him by Name, and to tell people about Him by His Name. 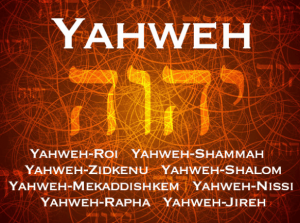