Have Mercy on Those Who Doubt 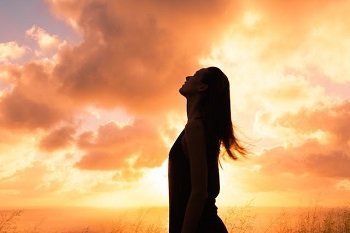 When the eleven disciples saw Jesus after his resurrection, at the moment of receiving the Great Commission, in fact, Matthew tells us “they worshiped him, but some doubted” (Matthew 28:17). Do you find it remarkable that some disciples doubted this extraordinary phenomenon? I find it both remarkable and eminently reasonable. And comforting, because we find ourselves in good company when we and our brothers and sisters also struggle with doubts.

The Greek word translated “doubt” here (distazō) often refers to a wavering, hesitant uncertainty — a general lack of confidence. What made some of the disciples waver on that Galilean mountain? Matthew doesn’t tell us, which is the Lord’s mercy, I think. I imagine each doubter’s doubt varied to some degree, depending on his experience and temperament. Suffice it to say, strange encounters with the resurrected Son of God and the scope of the mission he was giving them, colliding with all their prior conceptions and contrasting with their experience of normal life, would have been a surreal experience for any normal person. It would be strange if some didn’t doubt.

“Not all doubt is the same. Therefore, mercy toward doubters doesn’t always look the same.”

The remarkable and comforting fact is that some of Jesus’s first disciples, who personally saw and heard so many amazing things, doubted. Is it any surprise that some of us also experience a wavering, hesitant uncertainty — doubt — that what we have seen, heard, and experienced is all real?

This is why I’m so thankful that Jesus’s brother, Jude, wrote, “Have mercy on those who doubt” (Jude 22).

The brief book of Jude is mostly a sober warning against false teachers. Like John’s epistles, Peter’s second epistle, and Hebrews, Jude wants us to feel the seriousness of their perversion of and departure from the gospel so that we will persevere in faithfulness.

But in his closing remarks, he says, “Have mercy on those who doubt.” Jude uses the Greek word (diakrinō) that also means a wavering uncertainty, and as one dictionary puts it, “being at odds with oneself.” In other words, be merciful to those who are struggling over the competing truth claims. Don’t crush them or condemn them; help them.

I can’t help but think that Jude recalled how Jesus once showed mercy to him. Because there was a time when he doubted his divine brother’s claims, and Jesus at some point helped him (John 7:5). And there are numerous other examples of Jesus’s mercy to doubters.

The New Testament uses a number of different Greek words for doubt, because not all doubt is the same and not all doubters are the same. Therefore, mercy toward doubters doesn’t always look the same. Some cases call for patient, compassionate understanding and encouragement. Some cases call for an exhortation or even a rebuke. That’s why we see a range of responses from Jesus toward those who doubted.

In Matthew 11:2–6, we see a touching example of Jesus’s kindness to a surprising doubter: John the Baptist. God had revealed Jesus’s identity to John in utero (Luke 1:41) and by special revelation (John 1:29–34). But confined in Herod’s prison, likely knowing he wasn’t getting out alive, and likely experiencing significant spiritual oppression, John was second-guessing whether he had been right about his calling as forerunner. So, he sent his disciples to ask Jesus, “Are you the one who is to come, or shall we look for another?” (Matthew 11:3).

Jesus’s response was merciful kindness, intended to fortify John’s faith in his last, brutal days. Jesus does not break a bruised reed (Matthew 12:20). He knows when to deal gently with the doubts that assault us in the darkness of suffering and isolation. 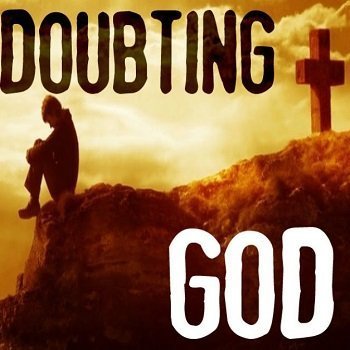 In Matthew 14:28–33, Jesus addresses a different kind of doubt with a different kind of mercy. Peter had just exercised significant faith in Jesus, getting out of the boat to walk on top of the stormy sea. But when he was partway to Jesus, Peter realized just how incredible this whole experience was — people don’t walk on water!

“Jesus knows when to deal gently with the doubts that assault us in the darkness of suffering and isolation.”

As he lost faith in Jesus’s power, Jesus let him sink. This prompted Peter to scream, “Lord, save me” (Matthew 14:30). Which Jesus did, along with giving this rebuke: “O you of little faith, why did you doubt?” (Matthew 14:31). Jesus’s response was merciful disappointment, intended to imprint upon Peter (and the other disciples) the danger of transferring his trust (manifested in his fear) from the power of the Word to the power of the world. He knows when to deal firmly with the doubts that assault us in the storms of life that demand focused, persevering faith.

John 20:24–29, of course, is the most famous instance of Jesus dealing with a disciple’s doubt. When Thomas heard that the other ten disciples had seen the risen Jesus, while he hadn’t, he declared, “Unless I see in his hands the mark of the nails, and place my finger into the mark of the nails, and place my hand into his side, I will never believe” (John 20:25). We can only speculate what was going on inside of Thomas, but this is a different kind of doubt than either John the Baptist’s or Peter’s. This is skeptical doubt about the central claims of Christianity. It’s doubt in Jesus’s own predictions and in the eyewitness accounts of people Thomas knew.

Jesus’s response was merciful delay — he let Thomas sit in his unbelief for eight miserable, lonely, probably scary days. And then, when the time was right, Jesus appeared to him, saying, “Do not disbelieve, but believe” (John 20:27). He knows when to deal silently, and for how long, with doubts that assault us when, for whatever reason, we elevate our wisdom above God’s (1 Corinthians 1:25).

I’m not addressing the issue of doubt as a dispassionate observer, but as one who is well-acquainted with doubt in its wide spectrum, including the kinds illustrated in the three examples above. And I believe I’ve received Jesus’s merciful encouragement, his merciful rebuke, and his merciful silence in response to my various doubts.

To some extent, I’m wired to doubt. This is partly because, like you, I’m a human being possessing a reasonable, yet fallible, capacity for rational, logical analysis, living in a world full of competing truth claims, uncertainty, error, and deception, and therefore nearly constantly needing to discern what’s true and what’s not. This is not easy.

“The fight of faith is hard. Doubt, in whatever form, is part of the hard fight.”

But it’s also partly because I have by constitution — and, I’m sure, conditioning — a kind of sensitive conscience that is fairly easily given to uncertainty that my perspective is accurate and that I’m doing the right thing. I’ve been this way as long as I remember. So, I’m familiar with riding waves that are “driven and tossed by the wind,” which James warns us about (James 1:6). His warning, like those of other apostles, is well-placed, and I’m grateful for its gravity.

But I am also grateful that James’s brother Jude included his kind, pastoral word to doubters and those who pastor them: “Have mercy on those who doubt” (Jude 22). And I’m grateful for the varied forms of mercy Jesus showed to doubters.

The fight of faith is hard. Doubt, in whatever form, is part of the hard fight. Doubt is dangerous to faith and, to some degree, a necessary experience of believers in an age where “the faith . . . once for all delivered to the saints” is under constant assault (Jude 3), where well-aimed “flaming darts” are frequently being shot at them (Ephesians 6:16), and where believers on their best days see only “in a mirror dimly,” and know only “in part” (1 Corinthians 13:12). On their worst days, this mirror can seem very dim indeed.

So, let us be merciful on those who doubt. Let us not crush them or condemn them. Let us learn from Jesus that this mercy takes different forms for different doubts — none of which is crushing or condemning. And let us tread carefully here, “praying in the Holy Spirit” that we may “keep [ourselves and others] in the love of God” (Jude 20–21). 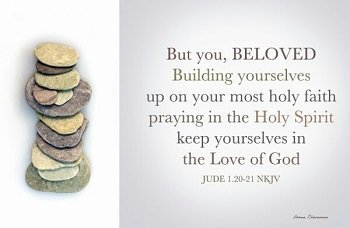