The Birthday Of Yahshua/Jesus
September 11

Yahshua Ha Mashiach
(The Anointed One)
Our Messiah 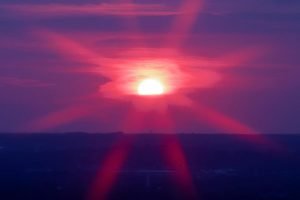 Satan is a robber, a destroyer and a murderer and he perverts every good thing he can. September 11th became a horrible memory in our American history when the Twin Towers were attacked. Did you ever wonder why our enemies picked that date? Maybe it is because many believe September 11th is the “real” date for the birth of Christ. How about the number 13 why is it such a dreaded superstitious number?

The Jews believe 13 represents the love of our Father God
How do you feel about that?

Of course, in America many are scared of anything regarding 13. Superstitious beliefs are so strong hotels leave the number 13 off their floors, office buildings, elevators and such. People say 13 is the number for Satan along with 666. My thoughts are….Satan hasn’t created anything and nothing belongs to him, in the Name of Yahshua. Yahweh is the Creator God of Everything. Hallelujah!

The first Scripture I learned was Hosea 4:6 – My People Perish for a Lack of Knowledge. Today it is the foundation of who I am in Christ. I am a research intercessor, I want to know the truth about everything concerning Yahweh and Yahshua. And when you are hungry to know Him, He will reveal Himself to you, when you seek Him with all your heart. Information is key to understanding Yahweh and moving into an intimate relationship with Him. You have to “prophetically” dig deep to find spiritual treasure. The number 13 is spiritual treasure.

Have you ever thought about the number 13 in the Bible? Are you afraid to open up your Bible to I Corinthinans 13:13, where the number 13 is twice listed and guess what? This Scripture is known as the love chapter. God is love and has demonstrated that love in everything He does. Paul compares faith, hope, and love, and concludes that “the greatest of these is love.” God is LOVE!

The spiritual significance of the number thirteen (13), by the Jews is reflected by the thirteen attributes of Mercy. Check this out.

The Hebrew word ahava (love) also has a numerical value of thirteen, as expressed verbally in the Nazarean Codicil. And in I John 4:8

1 Yochanan (John) 4:8 He that loveth not knoweth not HaShem; for HaShem is love.

So, the number 13 again, is the number of our Father. HaShem is the name the Jews use for Yahweh God – who is “Love.” HaShem means “The Name,” too holy to be spoken. The Name of God, who is LOVE.

What about Christ’s Birthday? Who was really born on Dec 25th?

Now before everyone gets tense, I understand December 25th is the date we were given to “celebrate” the birthday of Christ. All over the world, this is the most popular warm and fuzzy feeling commercial holiday ever to exist and I am blessed President Trump said, Americans are allowed to say, “Merry Christ-mas and celebrate the birth of Yahshua/Jesus. Praise Yahweh! I am not trying to take Christmas away, just let you know how the enemy of our souls works and reveal a personal/intimate detail about Christ to you.

It is good to dig deep and learn things about truth. Jesus said I am the truth the light and the way. The more we learn about Him, the more truth He will reveal. Remember when no one knew the “real” Jewish names of God and Jesus, a few years ago? Yahweh asked me if I knew His Name, at that point I figured I didn’t. So I went deep sea diving to “see” what He was trying to tell me. What a journey and I did learn His Name. When I tried to share it, I had to ducked a few rocks, but look today. He evidently didn’t only ask me if I knew His Name, because the revelation exploded with everyone wanting to know His True Jewish Name. Intimacy starts when someone asks you what your name is and you tell them.

Though Yahweh’s Name was written almost 6,823 times in the Bible, the scribes changed it out for descriptions such as; God, Adonai, LORD and etc. The Bible says there are many gods and in the world today, it is good to know the Name of our God – He is not Budda or Allah or any of those, His Name is Yahweh. I know His Name. Thank You Father.

Do you want to know who was really born on December 25th? I would suggest a search of a man/god named “Tammuz” in the Bible. He is mentioned in Ezekiel Chapter 8.

Snapshot: Dumuzid, later known by the alternate form Tammuz, is an ancient Mesopotamian god associated with shepherds.Cronus is an alias for Tammuz. Tammuz was Nimrod reborn – alias, his son. His wife and mother was Rhea (Semiramis). Egyptian and Babylonian antiquities recognize his mother as Semiramis, and his birthday is celebrated on 25th December.
https://www.gotquestions.org/who-Tammuz.html 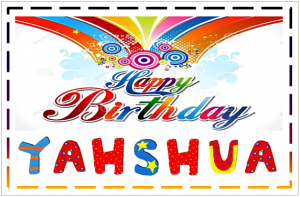 About the real Birthday of Christ
September 11

According to a growing body of evidence assembled in a new book about biblical sabbatical years, September 11 is the real date Jesus was born, in the year 3 B.C.

Joseph Dumond, author of “Remembering the Sabbatical Years of 2016, 2023, 2030, 2037, 2044,” makes the case for the birth date based on astronomical charts, clues provided in the Book of Revelation and the fact that the date on the Hebrew calendar translated into the Feast of Tabernacles or Sukkot – a holy day often associated with Jesus’ birth and return in the Second Coming.

“It was on this day Yeshua was born on Sept. 11, 3 B.C., and it will be on this day He will come again to begin the judgment of the rest of mankind,” Dumond writes.

So what exactly is the evidence?

Dumond first cites Revelation 12:1-5, a passage that seems to be about Jesus’ birth: “And there appeared a great wonder in heaven; a woman clothed with the sun, and the moon under her feet, and upon her head a crown of twelve stars: And she being with child cried, travailing in birth, and pained to be delivered. And there appeared another wonder in heaven; and behold a great red dragon, having seven heads and ten horns, and seven crowns upon his heads. And his tail drew the third part of the stars of heaven, and did cast them to the earth: and the dragon stood before the woman which was ready to be delivered, for to devour her child as soon as it was born.

And she brought forth a man child, who was to rule all nations with a rod of iron: and her child was caught up unto God, and to his throne.”

Was that story actually told in the stars on the day of the birth? That’s what Dumond suggests. The constellation Virgo (or virgin) is the only astrological sign associated with a woman, he says. For a period of only a few hours on Sept. 11, 3 B.C., Virgo could be seen near Leo, representing “the lion of Judah,” with the sun clothing the woman and 12 visible stars surrounding Virgo’s “head.”

In his own words: “The key to the very day of Jesus’ birth is the words ‘and the moon under her feet.’ The word ‘under’ signifies that the woman’s feet were positioned just over the moon. Since the feet of Virgo represent the last 7 degrees of the constellation (in the time of Christ this would have been between about 180 degrees and 187 degrees along the elyptic), the moon has to be positioned somewhere under the 7 degree arc.

But the moon also has to be in that exact location when the sun is mid-bodied to Virgo. In the year 3 B.C., these two factors came to precise agreement for less than two hours, as observed from Palestine, on Sept. 11th. The precise arrangement began about 6:15 p.m. (sunset), and lasted until 7:45 p.m. (moonset).

This is the only day in the whole year that this could have taken place.”

The possible connection between the biblical fall feasts and the return of Jesus is hardly a new teaching or unique discovery. Many Bible scholars have made the link in the past – observing that Jesus fulfilled the spring feasts on His first coming and will likely fulfill the fall feasts on His second coming.

It’s amazing to think about it, but the essentials of the Gospel story do appear to have been told in the sky through the stars, sun, moon and planets from the day of creation – not just for the descendants of Abraham, Isaac and Jacob but for the entire human race to see.

Others have made that point. But what’s new in Dumond’s approach is the Sept. 11 date on the Julian calendar, possibly because until 12 years ago the date had no significance to Americans and Christians around the world.

I’m not sure God cares much about the pagan calendar used so widely in the world today. I do know He established His own calendar and still keeps His divine appointments with us according to what we call the Hebrew calendar.

Yet, I can’t shake the idea that Sept. 11 has some transcendent significance because God chose that day to issue a severe warning or “Harbinger,” as best – selling author Jonathan Cahn calls it – to a nation that was once consecrated to Him, just as ancient Israel was.

Want more Facts About the Birthday of Jesus

It also reaffirms my idea that a National Day of Prayer & Repentance on
9/11 is the auspicious response we should have to what we have considered an inauspicious date.

Sept. 11, 2019, is right around the corner. Let me urge you to ready yourself for that date with the following resources:

The book “The Harbinger” and the movie “The Isaiah 9-10 Judgment” are essential tools for learning more about the connection between 9/11 and the judgment befalling America today.

“The Feasts of the Lord,” a multi-part teaching video collection produced by WND Films in partnership with Koinoia House and Hebrew roots Pastor Mark Blitz.

“The 9/11 Prophecy” by James Fitzgerald, a book which serves as a “prequel” to Jonathan Cahn’s critical teaching about Isaiah 9:10 and its striking parallels seen in the events surrounding and following 9/11.