RICH YOUNG RULER PARAPHRASE
Good teacher. Why do you call me good? What must I do to inherit eternal life? Obey
the commandments. Which ones? Commandments 5-10. What do I still lack? Go, sell, give, come, follow.
I. Seeker and His Search.
A. Good Teacher.
1 This was only a teacher’s way of leading on a pupil.
2. Good meaning: originally, essentially, independently, infinitely, and immutably good, and the author and source of all goodness; which cannot be said of any mere creature only God. The German word for God is Gott, Good.
B. What Good Thing Must I Do? Matthew 24:11; 6:23; Titus 3:5; Galatians 3:24,35
C. Which Ones? Romans 3:20
1. The law has failed to accomplish one of its chief purposes in the young man, in that it has not taught him his lack.
2.He had never gone below the surface of the commandments, nor below the surface of his act, or he would not have answered so jauntily. 1Timothy 4:2
3. Also, there is no way he could have kept all the commandments.

Scripture says: Galatians 3:24 Therefore the law was our [a]tutor to bring us to Christ, that we might be justified by faith.Other translations say: master, schoolmaster, trainer, guardian, teacher, pedagogue, chaperon, governor, governess 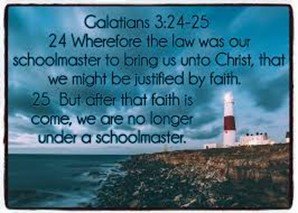 I love the Phillips translation.

Gal. 3:24 Before the coming of faith we were all imprisoned under the power of the Law, with our only hope of deliverance the faith that was to be shown to us. Or, to change the metaphor, the Law was like a strict governess in charge of us until we went to the school of Christ and learned to be justified by faith in him. Once we had that faith, we were completely free from the governess’s authority. Phillips

The law killed: Galatians 2:19 NET For through the law I died to the law so that I may live to God. Romans 7:9-10 NET And I was once alive apart from the law, but with the coming of the commandment sin became alive and I died. So I found that the very commandment that was intended to bring life brought death!

D. (Rich Young Ruler asked) What Do I Still Lack?
teleios {tel’-i-os} meaning (mature, blameless, perfect) (“to be complete and wanting nothing.”)This is the same word for the mature in Christ.

Eph. 4: 13until we all attain to the unity of the faith, and of the knowledge of the Son of God, to a mature man, to the measure of the stature which belongs to the fullness of Christ.

1. For the rich young ruler it meant a complete revolution in his life; it meant giving up old positions of leadership and following despised Jesus of Nazareth; it meant casting in his lot with those twelve disciples, most of them of humble origin, and going from place to place as a recognized follower of One out of favor in high places. It meant the entire surrender of his life to Jesus Christ, and that he was not prepared to make his possession of riches was only an occasion by which the unwillingness to surrender expressed itself. Hebrews 4:12

2.Then the Master sent light right through the darkened cells of his inner life and revealed the fact that he was a self-centered man. He found that the power of the things that ministered to selfish desire was greater than the call from within him after goodness. It is obvious that he told an untruth and did not keep the commandments from birth.
E. The End of the Story?
1. If he goes back to the world, he goes back feeling more acutely than ever that it cannot satisfy him. He loves it too well to give it up, but not enough to feel that it is enough. Surely, in coming days, that godly sorrow would work a change of the foolish choice, and we may hope that he found no rest until he cast away all else to make Christ his own. A soul, which has traveled as far on the road to life eternal as this man had done, can scarcely from now on walk the broad road of selfishness and death with entire satisfaction. Mark 14:51; Matthew 21:29-32
II. The Perils of Trust in Riches
A. The Problems Wealth/Trust in Riches Creates:
1.duskolos {doos-kol’-oce}= with great difficulty
2.If once a man has possessed comfort and luxury, trusting in the world system, he always tends to fear the day when he may lose them. Life becomes a strenuous and worried struggle to retain the things he has. The result is that when a man becomes wealthy, instead of having the impulse to give things away, he very often has the impulse to cling on to them. 1Timothy 6:10; Revelation 3:17,18; Matthew 6:21

I believe in prosperity but prosperity in spirit, soul and body, not just money. 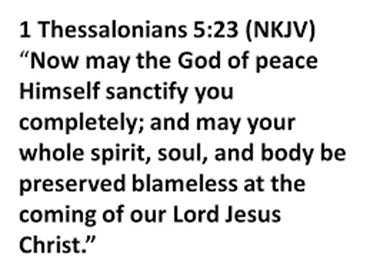 Matt.19:25-30 When His disciples heard it, they were greatly astonished, saying, “Who then can be saved?”26 But Jesus looked at them and said to them, “With men this is impossible, but with God all things are possible.”27 Then Peter answered and said to Him, “See, we have left all and followed You. Therefore what shall we have?”28 So Jesus said to them, “Assuredly I say to you, that in the regeneration, when the Son of Man sits on the throne of His glory, you who have followed Me will also sit on twelve thrones, judging the twelve tribes of Israel.29 “And everyone who has left houses or brothers or sisters or father or mother or wife or children or lands, for My name’s sake, shall receive a hundredfold, and inherit eternal life.30 “But many who are first will be last, and the last first.
19:25-30 And when his disciples hear, being greatly astonished, they are wording, Who then is able to live? Yah Shua looks at them, and words to them, To humanity this is not possible and with God all is possible.
THE COST OF DISCIPLESHIP Then Kepha answers, wording to him, Behold, we forsake all, and come after you: — now what be ours? And Yah Shua words to them, Amen! I word to you— to you who come after me ,In the new world when the Son of humanity sits upon the throne of his glory, you also sit upon twelve thrones judging the twelve tribes of Yisra El: and every human who forsakes houses or brothers or sisters or father or mother or woman or children or fields because of my name takes one hundred and inherits eternal life: and many first become final and the final first. Aramaic NC

A. With God all things are possible: It is possible for the rich man to be saved. God’s grace is enough to save the rich man; we have the examples of people like Zaccheus, Joseph of Arimathea, and Barnabas. These all were rich men still able to put God first, not their riches.
1. Jesus is not saying that all poor people and none of the wealthy enter the kingdom of heaven. That would exclude Abraham, Isaac, and Jacob, to say nothing of David, Solomon, and Joseph of Arimathea.

B. (27-30) Peter’s blunt question: What do we get for following You?
1. Therefore what shall we have? In contrast to the rich young ruler, the disciples did leave all to follow Jesus – so what would be their reward? Jesus tells of special honor for the disciples: you who have followed Me will also sit on twelve thrones, judging the twelve tribes of Israel. The disciples will have a special role in the future judgment/justice, probably in the sense of administration in the millennial Kingdom.
a. As well, the apostles had the honor of helping to provide a singular foundation for the church (Ephesians 2:20), and have a special tribute in the New Jerusalem (Revelation 21:14).

b. Everyone who has left houses or brothers or sisters: But there will be universal honor for all who sacrifice for Jesus’ sake; whatever has been given up for Him will be returned to us a hundred times over – in addition to everlasting life.
1). Hundredfold is obviously not literal in a material sense; otherwise, Jesus promises a hundred mothers and a hundred wives. Jesus will do more than make up what we have given up for His sake, but the return may be spiritual instead of material. Hundredfold certainly is literally true in the spiritual sense. 100 fold is infinity, more than you can ask, think or imagine.
2). Some of the ways we get our hundredfold:

· Joy in the Holy Ghost, peace of conscience and God’s love abundantly.
· Contentment. They shall have a contented frame of mind.
· God will stir up the hearts of others to supply their wants, and that supply shall be sweeter to them than their abundance was.
· God repays in this life, as He restored Job after his trial to greater riches.

c. But many who are first will be last, and the last first: In the previous words, Jesus promised that those who sacrificed for His sake and the sake of His kingdom would be rewarded. Then He said that though they would be rewarded, it would be different than man usually expects; because we usually believe that the first will be first and the last will be last. The parable in the following chapter will illustrate this principle.
1). Jesus lays it down that there will be surprises in the final assessment. It may be that those who were humble on earth will be great in heaven, and that those who were great in this world will be humbled in the world to come.

We will continue with Les.7 next week.