God Will Help You Through Dementia 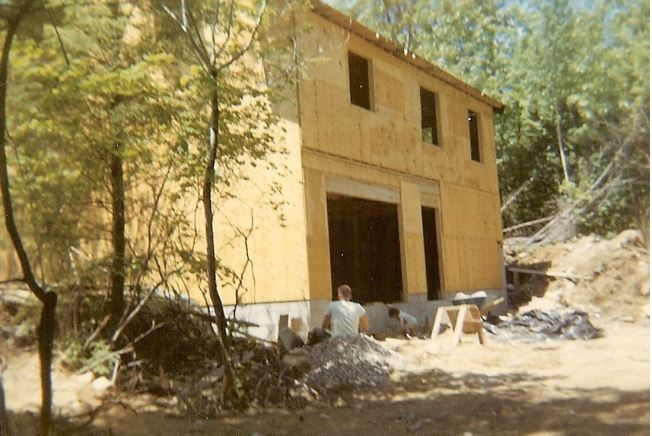 My Dad taking a break from building the house. 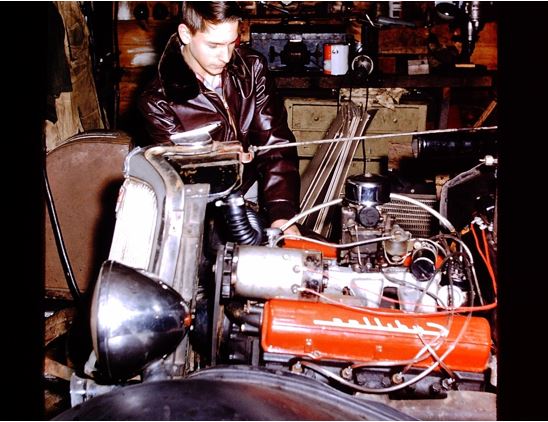 He doesn’t really do any of these things anymore because on March 10, 2018 he had a stroke.  And then on July 30, 2018 he had another stroke.  While the Doctors say he shouldn’t be alive today because of these strokes, he is still walking and talking, just a lot slower than he used to.  His strokes were Hemorrhagic strokes caused by plaque in the brain.  He also has several blood spots in his brain which can bleed at any time and cause strokes.  He has a condition called Cerebral Amyloid Angiopathy. Due to this condition he has developed Dementia.  We know he has had other small strokes since then, but we don’t have to bring him to the hospital every time it happens because there is nothing they can do for it other than monitor him and send him home. He doesn’t have high blood pressure.  My Dad is not the hospital type. Prior to March 2018 he hadn’t been in hospital since he was 15.  He will be 80 in December.  The 5-day hospital stay in March was not pleasant for him or the hospital staff or us.  Luckily the July visit was only overnight.  So we made a promise to him that we would not make him go back unless it was really necessary.  And so far that hasn’t happened.

Throughout all this we are thankful for several things, he is not on any medications, he can still walk and talk, he does have difficulty walking but that is because his knees are bone on bone, he can still drive for the time being (he drives very little and only local), he can still stay alone if my Mother happens to go somewhere.  He’s still alive.

The most difficult thing to deal with is his loss of memory. The simplest tasks are now difficult or not possible for him to do anymore.  Like learning where to position the new kitchen faucet for cold and hot water is difficult for him to remember.  How to run the TV remote takes much more thought than it used to. How to use the computer to check his emails is a real project on any given day.  And so much more.  All this stuff was second nature to him prior to his strokes.

I go over to my parents’ house every weekend and sometimes during the week just to help him do things that he could once do himself.  I get a phone call every night on my way home from work. And on the weekends I can get a call 3-4 times a day.  Because it is me that he calls when he has a problem and needs helps.  Sometimes he calls just to chit chat and tell me what he did that day, sometimes he calls to vent his frustrations about what he didn’t do that day. Sometimes the call is to tell me something isn’t working properly and how do you fix it.  He doesn’t understand why he can’t do what he used to do.  He doesn’t understand why he can’t remember words when he’s trying to talk about something.  He doesn’t understand what’s happening to him. He has changed a lot in the past 19 months.  He is much more emotional; he wants to talk more. He wants to be around people.  He talks about the past often. He was never wanting to do any of those things prior to his strokes. My Dad wasn’t the easiest father to grow up with, he was set in his ways, it was his way or no way.  He didn’t always say or do the right things.  But deep down I believe he thought he was doing his best. 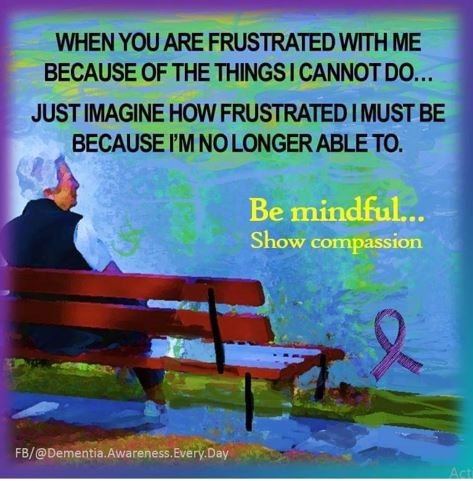 Sometimes I wonder why God would let someone suffer with this dreaded disease.  On the days when he calls me, either angry or on the verge of tears saying I can’t take it anymore I can’t do this anymore, I ask God to just take him and don’t make him suffer.  Take him while he still has his dignity.  But that is being selfish on my part I guess.  He always said when he was younger if he ever ended up with Dementia/Alzheimer’s he didn’t want to live with it, and he would make sure he didn’t.  I have told him on several occasions he has it and have mentioned to him what he used to say and he now says well I’m not ready to go yet.

I get overwhelmed and frustrated from working full time, being a wife, mother, daughter and now a caregiver.  There are days when I just can’t take anymore and I am ready to give up, but I can’t, because I have to be the strong one.  I have to be the one that keeps everything and everyone together. I am the only one that can calm my father down.  I try not to complain because I know one of these days he isn’t going to be calling anymore.  He won’t be there to ask me how to work his cell phone.  He won’t be there to ask me which wrong button he pushed on the TV remote.  I will be wishing the phone would ring because he was upset about something not working the way he thinks it should.

People say lean to God.  Let God help you get through this.  I haven’t learned how to do that yet.  But I am working on it.

Here are some things I have learned: 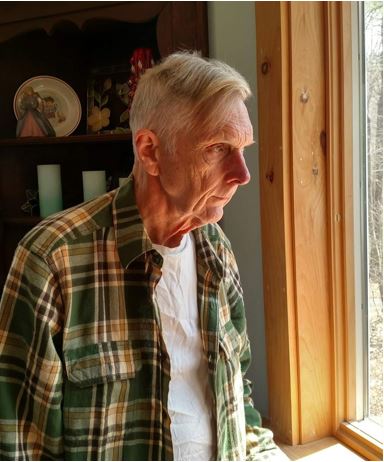