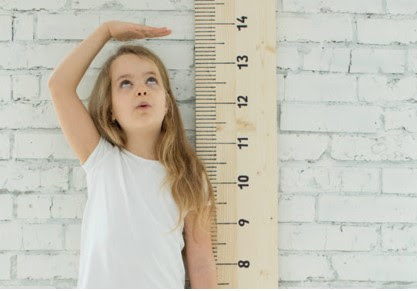 How to Overcome Seven Giants in 2020

As we continue walking into 2020, I would like to share something important that might help us during our journey. Just as Joshua and the Israelites, we too, are going to encounter resistance and enemy forces and attacks as we travel through 2020 trying to claim the promised land. God spoke to his people encouraging them to enter boldly reassuring them that he was on their side, but only two of the spies, Caleb and Joshua, made a case for entering the land stating: “Let us go up at once and take possession, for we are well able to overcome it” (Numbers 13:30). But the other 10 spies replied: “We are not able to go up against the people, for they are stronger than we,” they said. “We were like grasshoppers in our own sight, and so we were in their sight” (Numbers 13:31, 33).

As the Israelites prepared to enter the Promised land, God told them he was going to destroy 7 nations with giants who were greater and more powerful than Israel. “When the Lord your God brings you into the land you are about to enter and occupy, He will clear away many nations ahead of you: the Hittites, Girgashites, Amorites, Canaanites, Perizzites, Hivites, and Jebusites. These seven nations are greater and more numerous than you.” (Deuteronomy 7:1)

These nations represent 7 “life giants” that God wants to help us OVERCOME in 2020.

The word “Hittite” means to “be broken, fearful and full of terror.”  In 2020, the Lord is going to remove the giants of brokenness that come from fear and terror and restore peace to us and our families.

The word “Amorite” signifies self-exaltation and pride. The Amorites were a mountain people who talked and boasted about themselves. In 2020, the Lord will bring down the giants of pride and the exaltation of people and nations who have lifted themselves above His will and name.

The word “Canaanite” referred to the merchant and trader occupation of these people who were consumed with materialism. In 2020, the Lord is going to deal with the giant of self-consumption and selfishness encouraging us to be generous helping those in need and building his Kingdom.

The word “Perizzite” speaks of the people who lived in un-walled and unprotected cities. In 2020, the Lord is going to be a wall of protection from the giants that easily attack our minds, bodies and spirits.

The word “Hivite” means to fool and refers to this group of Hivite men who lied to Joshua and deceived him about their true identity. In 2020, the Lord is going to bring down lies and deceptions, exposing what has been hidden.

The word “Jebusite” means “to tread down or trample.” In 2020, the Lord is going to remove discouragement and defeat transforming our defeats into places of joy and victory.

Giants remind us of how small and helpless we are. On our own, we can’t beat them. When we give up control over our own lives, when we decide beforehand that we can’t win these battles, we forfeit any hope of growth, of overcoming and of breaking free. Choosing not to fight means accepting defeat as a lifestyle.

The giants in your life are standing in the way of God’s plan for you, and how you look at them is going to change how you deal with them. Caleb and Joshua knew the answer. They could both look back at the miracles God had performed in their lives—in the lives of all of Israel—and know, beyond the shadow of a doubt, that God was able to give them every victory, no matter how improbable, unlikely or, yes, even impossible. You are a potential son or daughter of God Most High (2 Corinthians 6:18), and He wants you to succeed. Right now, giants are standing between you and the future God has in store for you. They’re intimidating, but with God’s help they’re far from invincible. Stand firm in faith! and then GO and drive them out!