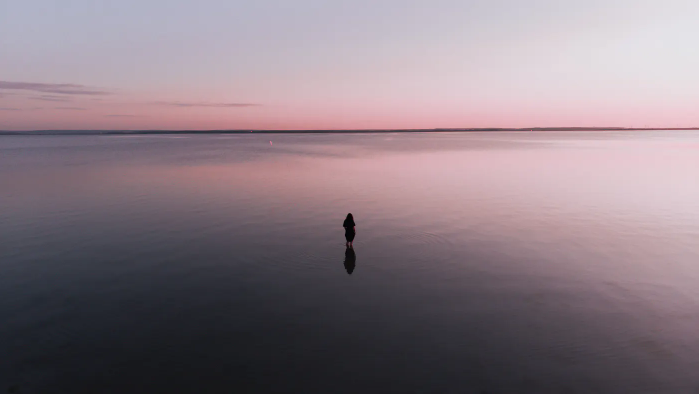 You have been invited to speak to the God of the universe, the Almighty. Not just the mightiest, but the all-mighty. All power is his, and under his control. And he is the one who made you, and keeps you in existence.

This God, the one God — almighty, creator, rescuer — speaks to us to reveal himself, that we might genuinely know him, but he doesn’t only speak. In one of the great wonders in all the world and history, this God listens. First he speaks, and bids us respond. Then he pauses. He stoops. He bends his ear toward his people. And he hears us in this marvel we so often take for granted, and so flippantly call prayer.

What Comes Before Prayer

The wonder of prayer might lead us to rush past a critical reality before we start “dialing up” the God of heaven. There is an order to his speaking and listening, and to ours. He is God; we are not. Mark it well every day, and forever. He speaks first, then listens. We first listen, then speak.

Prayer is not a conversation we start. Rather, God takes the initiative. First, he has spoken. He has revealed himself to us in his world, and in his word, and in the Word. And through his word, illumined by his Spirit, he continues to speak. “See that you do not refuse him who is speaking” (Hebrews 12:25). His word is not dead and gone but “living and active, sharper than any two-edged sword, piercing to the division of soul and of spirit, of joints and of marrow, and discerning the thoughts and intentions of the heart” (Hebrews 4:12).

And in his word, and by his Word, he extends to us this stunning offer: to have his ear.

When Esther learned of Haman’s plot to destroy the Jews, a great barrier stood before her. Mordecai directed her “to go to the king to beg his favor and plead with him on behalf of her people” (Esther 4:8).

Esther knew these were life-and-death stakes, not just for the Jews but for her: “If any man or woman goes to the king inside the inner court without being called, there is but one law — to be put to death, except the one to whom the king holds out the golden scepter so that he may live.” And she knew the threat that lay before her: “But as for me, I have not been called to come in to the king these thirty days” (Esther 4:11). Yet in the end, in faith and courage, she resolved, “I will go to the king, though it is against the law, and if I perish, I perish” (Esther 4:16).

One does not simply saunter into the presence of a great king “without being called.” And all the more with God Almighty. Not simply because it’s a great risk, as with an earthly king, but with God it’s not even physically possible. He is no man on earth, that one might slip past the palace guards and approach him. He is utterly unapproachable — “without being called.”

Yet in Christ, the throne of heaven has taken the initiative, and now holds out the golden scepter.

Why We Can Come Near

Hebrews is set against the backdrop of God’s first covenant with his people, through Moses. What Exodus, Leviticus, and Numbers say about “drawing near” or “coming near” to God is sobering. For one, the tabernacle, and the whole system of worship given at Mount Sinai, taught the people of their distance from God, with barriers between them, because of their sin. The people must stay back, lest God’s righteous anger break out against their sin (Exodus 19:22, 24).

But now, in Christ, “we have a great high priest who has passed through the heavens, Jesus, the Son of God” (Hebrews 4:14). In him, “we have a great priest over the house of God,” a priest who is ours by faith, and so we “enter the holy places by the blood of Jesus, by the new and living way that he opened for us through the curtain, that is, through his flesh” (Hebrews 10:19–21). Not only does Christ enter God’s presence on our behalf, but he welcomes us in his wake. He is our pioneer, who blazes our trail. We now may “draw near” to God, “come near” to heaven’s throne of grace, because of Christ’s achievements for us, in his life and death and resurrection.

How We Can Come Near

Then, to add wonder to wonder, we not only draw near to God himself in Christ, but we are invited, indeed expected, to do so with confidence — with boldness and full assurance. Since we have such a high priest as Christ, “let us then with confidence draw near to the throne of grace, that we may receive mercy and find grace to help in time of need” (Hebrews 4:16).

In him, “we have confidence to enter the holy places by the blood of Jesus” (Hebrews 10:19). Not by our own value, status, or achievements, but his. We “draw near with a true heart in full assurance of faith” (Hebrews 10:22), a faith looking outside ourselves to ask not “Am I worthy?” to approach God’s throne, but “Is Jesus worthy?”

It is almost too good to be true — almost — that we have access to God (Ephesians 2:18) and “access with confidence” at that (Ephesians 3:12). In Christ, the King of the universe holds out the golden scepter. The question is no longer whether we can come, but will we, and how often?

We have access. God expects us to take hold on his Son by faith, and approach his throne with confidence. Our God listens. He hears our prayers.

What are you waiting for?