FS Sunday Sermon – How To Redeem a Wasted Life

How To Redeem a Wasted Life
By: Greg Morse 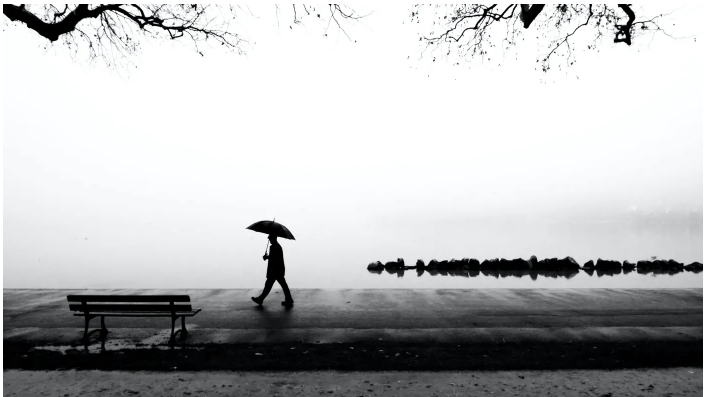 Perhaps little time remains to say and do what you’ve left unsaid and undone. Perhaps you grimace to look back on a life mostly spent and wonder, “What have I done?” or, “Where did it go?” This is the bed you made; so many petals have already fallen. You are left gripping the thorny stems of memories you wish replayed so differently in your mind. You may now, like never before, regret investing your life in a world that now threatens so soon to evict you.

Perhaps children, if you have them, now spurn you. Perhaps it’s too late to tell your mother you’re sorry. Perhaps the better life that you expected just around the corner never came. Years wasted by some combination of bad circumstances, bad company, and bad choices, your sand has fallen down the hourglass — what was it all for?

No one wants to waste his life — but what if you fear that you have? The thief who died next to Jesus on the cross, and lived a most ravaged and pitiful life two thousand years ago, stands out like a flower grown between cracks in the pavement, showing how, even on life’s final page, even in its final lines, a wasted life can be redeemed.

What an eerie sensation it must have been to wake up that morning knowing that today would be his last.

Unlike most, who do not know precisely when the cold fingers of death will seize them, he knew that within just a few hours he would be dead. His body would be dispossessed, his frame left vacant. His hands would never again clasp the oars of a fishing boat, his eyes would not see the sun fall behind the curtain of the horizon, his voice would no longer be heard in the land of the living.

Soon, he would be gone. No more would the birds wake him with their songs, nor the breeze greet him on early mornings. No more would he playfully argue with his mother about her Scriptures — tomorrow did not exist for him. The rays streaming into his prison held no warmth.

As for man his days are like grass; he flourishes like the flower of the field. The wind passes over it and it is gone, and its place remembers it no more. The childhood lyrics sang involuntarily in his mind.

It was no gentle wind that would soon pass over him, but a Roman tornado. The brutes had sentenced him to a most horrific end, one that made his mother cough up her food: crucifixion. He shuddered to recollect the sights of grown men, naked, squirming as bait on a hook outside of the city for all to see. Bloody, screaming, crying, groaning — he would be one of them.

Of the whips and chains and mockery that escorted him to that dreadful hill, his own conscience joined as an invisible, but not unskilled, torturer. He always thought he would amend his ways eventually. But eventually never came. Now, as he trudged up the hill as a sport for cruel men, a still small voice within reminded him that he now dwelt in a land devoid of second chances.

On this day, there were no more do-overs. No time to make things right. The branches would not reattach. The sentence could not be reversed. The shattered vase would not be restored. This world was being pried from his hands. Only hours remained, surely the worst of his already pitiful existence. He would beg for death in the end.

As bloodstained nails invaded his wrists, shock waves of pain he had never known overwhelmed him. His mind spasmed at the flood of hurt only to reawaken as the other two nails impaled him. He could scarcely remember being lifted up from the ground but for the earth-shaking, body-convulsing thud as the cross fell in place. Two others erected nearby. Before again submerging below the streams of consciousness, he caught himself wondering why so many stood around them.

See Him Through a Wasted Life

Many eyes stared at him. He hated each pair. Why did his wretched death have to be attended by such a crowd? Luckily, he was not the main object of their mockery. He played backup in this savage dirge. Who was this man they hated so?

Of course, it had to be the same day. The man who walked around stirring up the Pharisees, pretending to be the Messiah hung next to him. Some destination for a Messiah. Escaping the crowd’s displeasure, he joined in deriding him.

Maybe it was what he saw. From the throng of weeping women trailing behind him up Golgotha, to a crowd gathering to see whether he would actually save himself, to his enemies surrounding him to hurl assaults at him: Who is this man? A sign above his head, inscribed in three languages read, “This is the King of the Jews” (Luke 23:38). Could he really be?

Maybe it was the supernatural event surrounding his death. Three hours of darkness at midday (Matthew 27:45)? What can explain this blackening of the sun? Who is this that even the greater light leaves his throne and turns to flee at his death?
Maybe it was what he heard from Jesus himself. As men mocked and tormented him, laughing and insulting him, he met their derision with prayer: “Father, forgive them, for they know not what they do” (Luke 23:34). He had been cursing the crowd, but this man — with nails in his flesh — prayed for their forgiveness. Who is this man calling God “Father” — even from these awful heights? Could I possibly be an answer to this King’s prayer? Can I be forgiven of my many sins and wasted life?

He knew everything had changed in his inner man when he heard himself spending the last of his fleeting strength to make the world his enemy on this man’s behalf.
The third criminal railed, “Are you not the Christ? Save yourself and us!” (Luke 23:39). Before he could think, his soul objected: “Do you not fear God, since you are under the same sentence of condemnation? And we indeed justly, for we are receiving the due reward of our deeds; but this man has done nothing wrong” (Luke 23:40–41).

He who wasted millions of breaths throughout his life came to gasp with his final few, “Jesus, remember me when you come into your kingdom” (Luke 23:42). And from the dying King to his unworthy servant came words to overwhelm his wasted existence: “Truly, I say to you, today you will be with me in paradise” (Luke 23:43). At the punctuation of this most miserable existence, he at last found the reason for his life: Jesus Christ.

In the Shadow of the Cross

Have you wasted your life? Are you on the verge of wasting it? Follow this once wretched man to the Savior. Whether you have been a horrible steward of your faculties through sin or through thoughtlessness, run to him who will even now welcome you. He prays for the forgiveness of his enemies. The moment you believe upon Jesus, angels will shout and rejoice over, yes, even you and your new life in him (Luke 15:7).

If you have wasted your life, know that another life exists. There are more pages. Though nothing but regret follows you into glory, you will have lived better than the unbelieving kings and celebrities of this world if you repent of your sin and believe on the Lord Jesus Christ. He is Life itself, and only those can die well who, like this penitent thief, perish in peace in the shadow of his cross.