FS Miracle Monday – Your Hope Is Not Cut Off

Your Hope Is Not Cut Off

One of my favorite parts of the Bible is John chapters 14 – 17. I especially like chapter 15, because Jesus tells us, He is the vine, and we are the branches. It helps me to try to remember to keep my focus on Him when I’m going through difficult situations.

I feel it is so important to always remain teachable no matter how old I am or what I am doing in life. There has been part of this chapter that has always bothered me. Until one day, a teacher started talking about this specific passage in class. I was so glad to learn more about it. In John 15:2, many translations say:

“Every branch in Me that does not bear fruit, He takes away; (many versions say: “he cuts off”) and every branch that bears fruit, He prunes it so that it may bear more fruit.” John 15: 2 NKJV [Emphasis mine]

Looking into the Greek language may reveal there might be something else going on. The depiction that says He “cuts off the branch when it doesn’t bear fruit” appears to be inaccurate. (Photo Via Unsplash) 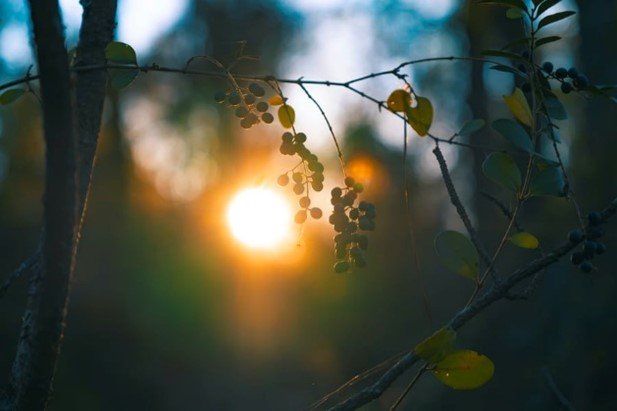 The Greek meaning and historical setting can shed some more light on understanding the action and intentions of our Father as the farmer caring for the branches on the vine. This is from the Mirror Study Bible:

In John 15:1, it says: “I am the authentic vine! My father is the farmer.” (The word ampelos, grapevine; from amphi, around and halon, from the base of heilisso, to roll up or together; thus a vine coiling about a support. “on the Maccabean coinage, Israel was represented by a vine.” Jesus is the genuine Messianic vine. Not the empty vine Hosea 10:1 mentions. See also Matthew 21:33.)
(Mirror Study Bible, Special Edition. The Romance of the Ages, Francois du Toit)

John 15:2 says: “Every offshoot in me that does not bear fruit, he lifts up from the ground and fastens it to the stake and every fruit bearing part he dresses in order to maximize its yield.” (MSB)

This reveals an intentional placement and securing of the branches that are not bearing fruit. The Mirror Study Bible continues with looking into the language and historical setting:

The words airei and kathairei are employed to suggest the lifting of the branches as well as the dressing process, which includes pruning. Airei, from airoo, to elevate, to lift up, to air; katharei, from kata, in this case signifying intensity, and again airoo. Lifting up to manage a grape vine, which will influence not only the potential yield of the crop, but also the quality of the grapes, due to the access of air and sunlight needed for the grapes to ripen fully and for preventing various diseases.

When the Greeks began to colonize southern Italy in the 8th century BC, they called the land Oenotria which could be interpreted as “staked” or land of staked vines, growing upwardly. The grapevine is attached to stakes, or posts, thus making sure the branches grow upwardly. They are also dressed and pruned to be positioned in such a way that their fruit would be easily accessible.
(Mirror Study Bible, Special Edition. The Romance of the Ages, Francois du Toit)

Even though the branch lacks fruit, the farmer doesn’t see it as worthless. Since it is part of the vine, it is nurtured and tended to. The branches are lifted and staked so they are in the air and sunlight. (Photo Via Pixels)

Your personal pruning and dressing already happened in our conversation; The word made flesh in my person and language is how the Father prepares and sets you up for fruit bearing. Our seamless union, you in me and I in you, is pictured in the vine: the shoot cannot bear fruit outside of the union. In its abiding in the vine, fruit happens naturally – as with your abiding in me.
John 15:4 MSB

The Father won’t cut you off and throw you away, because of what Jesus has done on the cross. You are part of Christ, so you can abide in Him. His intentional care beams His divine light and goodness upon you so you will thrive.

There is surely a future hope for you,
and your hope will not be cut off.
Proverbs 23:18 TPT 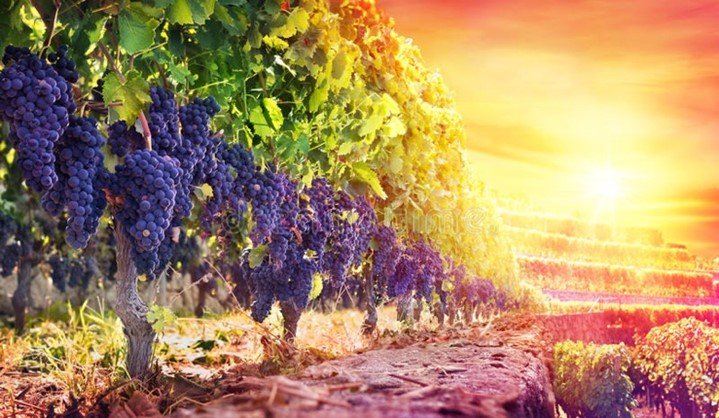