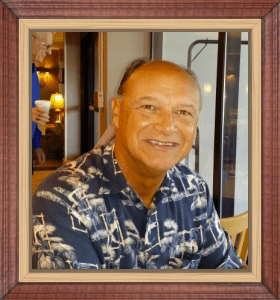 Terry Thompson was born and raised in the North West of England, saved at the age of 18. At the age of 20 he preached for the first time to a group of Palestinians in Israel and in 1980, he came out into full-time service.

Terry has been involved with evangelism, singing and preaching the full gospel all over England, Scotland, Wales and Northern Ireland. He has worked in tent revivals, town halls and churches and in 1980, he got his first invite to minister in Kentucky and Ohio.

This opened the doors to other countries, such as Canada, Poland, Spain, Philippines, New Zealand, Australia, El Salvador, and México. When communism started to break down in eastern Europe, Terry had a team that took semi-trucks of aid into the Romania churches.

Terry has been called an encourager of the brethren and loves to give hope to the down trodden. Ministering under a seer’s mantle the Lord has given him dreams and sent him to foreign lands to prophesy what he has seem in the spirit realm for groups and individuals.

Terry and his wife Shirley currently reside in Alabama and continue to share Jesus in local nursing homes and special church events in their area. Terry was ordained through Firestorm Ministries, Int’l in 2015. He is currently leading an online forum and is looking forward to sharing the gospel throughout the world.