Our Inheritance in Christ Cont.’

Eph. 3:6 that the Gentiles should be fellow heirs, of the same body, and partakers of His promise in Christ through the gospel,

3:6 The essence of what I see reveals the fact that the multitude of humanity are joint participants in the same inheritance (together with Israel), we are all part of one and the same body, in Christ. The Good news is that God’s promise is equally relevant and applicable to all. Mirror Translation 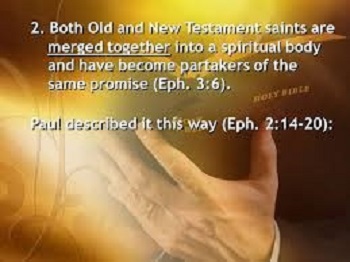 Remember these verses—Eph. 2:14-15 For He Himself is our peace, who has made both one, and has broken down the middle wall of separation, 15 having abolished in His flesh the enmity, that is, the law of commandments contained in ordinances, so as to create in Himself one new man from the two, thus making peace,

Ephesians 3:4-5 by which, when you read, you may understand my knowledge in the mystery of Christ), 5 which in other ages was not made known to the sons of men, as it has now been revealed by the Spirit to His holy apostles and prophets:

The word translated “mystery” is the Greek word μυστήριον. This unfortunate translation has confused most of Christendom. The word μυστήριον does not mean “mystery” as we think as in “strange,” “enigma,” “weird,” etc. It means a “secret”–something kept hidden, something previously unrevealed. Paul used the term to describe the body of doctrine the risen, ascended, glorified Lord revealed to him. God alone can keep a secret and He had kept these revelations hidden until He chose to disclose them. Paul called these doctrines “secrets” for was what they were. What were these secrets that Peter and the other apostles knew nothing about? Also, this is not a complete list. I’m sure there are mysteries hidden, those seals of understanding which have not been revealed. The good news is the Holy Spirit will guide us into all truth.

John 16:13 When the Spirit of truth comes, he will guide you into all the truth, for he will not speak on his own authority, but whatever he hears he will speak, and he will declare to you the things that are to come.

1.The Secret of the Gospel of the Grace of God

Paul’s gospel of the grace of God was the message of the death, burial, and resurrection of Christ.

Paul revealed that grace, not Law, is the realm in which the believer in Christ operates. Paul began every letter with a grace salutation to remind believers of his gospel of this new relationship. No word more clearly identifies Paul’s ministry that the word “grace.”

2. The Secret of the Blinding of Israel. Also the mystery of Making One New man.

Paul wrote in Romans 11.25-27,For I do not want you, brethren, to be uninformed of this mystery [secret]—so that you will not be wise in your own estimation—that a partial hardening has happened to Israel until the fullness of the Gentiles has come in; 26 and so all Israel will be saved; just as it is written, “THE DELIVERER WILL COME FROM ZION, HE WILL REMOVE UNGODLINESS FROM JACOB.” “THIS IS MY COVENANT WITH THEM, WHEN I TAKE AWAY THEIR SINS.”

God laid the groundwork for His creation of a new race of people, the Hebrew/Jews, with His call of Abraham. Through the line of Abraham, Isaac, and Jacob, God began to reveal Himself. From that point, until the time when the ascended Lord commissioned Paul, God dealt with mankind through the nation of Israel. To the Jews belonged the Word of God, adoption, glory, and covenants, etc. (Romans 3.2, 9.4; Ephesians 2.12; Acts 3.25). God had revealed His prophetic plan through the Jewish prophets. This plan is summarized in Psalm 2: The Messiah’s Triumph and Kingdom

He, Christ, broke down the wall of separation making us One New Man.

3. The Secret of the Rapture and/or Resurrection of the Body of Christ

In this divine event, members of the body of Christ will receive resurrection bodies. When the body of Christ is complete, God will take His body unto Himself. Paul called this the “fullness of the Gentiles” (Romans 11.25). Paul revealed this secret in 1 Corinthians 15:51-53 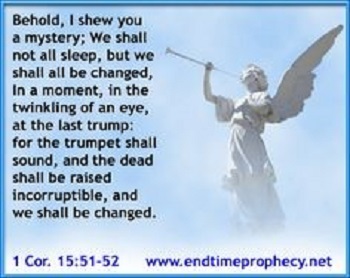 4. The Secret of the One Body

Paul alone taught the Body of Christ. How did Paul learn about it? The ascended Lord revealed the truth that the Church (1 Corinthians 12.12-27; Ephesians 1.22-23; Colossians 1.18, 24) was His body and that its nature was that Jew and Gentile were equal in Christ (Galatians 3.26-29). The Lord did not reveal this truth to Peter or the Twelve. Search the Scriptures–one will find no word about the body of Christ from anyone but Paul.

5. The Secret of Kingdom/Heavenly Citizenship

From Paul alone do we learn that the believer in the body of Christ has a heavenly position and heavenly citizenship. Peter and the Twelve looked forward to an earthly position, not a heavenly one. The Jew knew nothing of heavenly blessing. He looked forward to the kingdom on earth. This is why Jesus instructed his disciples to pray, “Your kingdom come. Your will be done, on earth as it is in heaven” (Matthew 6.10). Consider Peter’s question to the Lord and his answer in Matthew 19.27-28:

6. The Secret of His Will

The secret of his will is God’s plan to gather together in one all things in Christ. Only Paul revealed this truth. Paul wrote the Ephesians in Ephesians 1.9-10:

9 He made known to us the mystery [secret] of His will, according to His kind intention which He purposed in Him 10 with a view to an administration suitable to the fullness of the times, that is, the summing up of all things in Christ, things in the heavens and things on the earth.A parallel passage of this truth is from Paul’s letter to the Colossians: For it was the Father’s good pleasure for all the fullness to dwell in Him, 20 and through Him to reconcile all things to Himself, having made peace through the blood of His cross; through Him, I say,whether things on earth or things in heaven (Colossians 1.19-20). 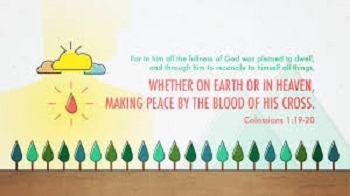 7. The Secret of Identification with Christ

All who believe the gospel (1 Corinthians 15.1-4) have been identified with Christ.

8. The Secret of Lawlessness

Paul wrote the secret of iniquity (KJV) or lawlessness (ἀνομία) was already at work. Paul used the term ἀνομίαin a generic sense for all that is opposed to God and godliness.

9. The Secret of the Faith

What was this “secret of the faith?” It was the body of doctrines the risen Lord had revealed to Paul, which he communicated to the Church, the body of Christ. Faith was never a secret. The teachings of Paul were.

Like these verses: Gal. 2:16  yet we know that a man is not [a]justified [and placed in right standing with God] by works of the Law, but [only] through  the faith of [God’s beloved Son,] Christ Jesus. And even we [as Jews] have believed in Christ Jesus, so that we may be justified by the faith of Christ and not by works of the Law. By observing the Law no one will ever be justified [declared free of the guilt of sin and its penalty].

Galatians 2:20 I have been crucified with Christ [that is, in Him I have shared His crucifixion]; it is no longer I who live, but Christ lives in me. The life I now live in the body I live by the faith [by adhering to, relying on, and completely trusting] of the Son of God, who loved me and gave Himself up for me. 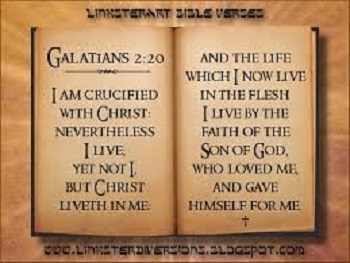 *See ‘the faith” Scriptures by emailing me at ms_davis@bellsouth.net

As we have noted in examining the doctrines above, none of these doctrines were known to the prophets, revealed by the Lord in His earthly ministry, or communicated by the Twelve. These were Pauline doctrines–secrets.

10. Mystery of the Kingdom

While Jesus announced that the Kingdom promised in the Prophets was near, he also spoke of other aspects of it which were not immediately understood. He referred to them as “mysteries.” A mystery is not something that is unknowable, but something which is hidden. It is not understood when first presented but the meaning is later revealed. Jesus often spoke in parables about the mysteries of the Kingdom, but revealed them to his disciples. In Luke 8:10, he told them, “Unto you it is given to know the mysteries of the kingdom of God: but to others in parables; that seeing they might not see, and hearing they might not understand.”

The mysteries which Jesus taught his disciples revealed previously unknown aspects of the Kingdom of God.

Mark 4:11 He replied, “The mystery of the kingdom of God has been given to you, but to those on the outside, everything is expressed in parables, 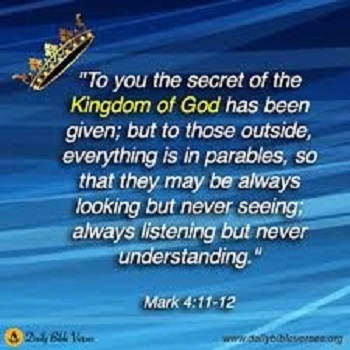 Matt. 3:11 Jesus answered them, “To you it has been granted to know the mysteries of the kingdom of heaven, but to them it has not been granted. (to the wise and prudent, to the Scribes and Pharisees, to the multitude, to the bulk and generality of the people, to the rest that were blinded)

The ultimate mystery/revelation, of course, is the Book of the Revelation of Jesus Christ.

We will continue with Lesson 4 next week.