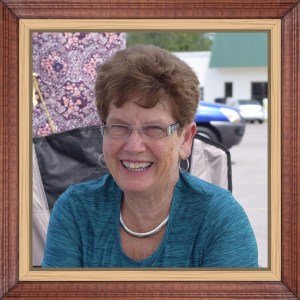 Galatians 2:20 – I am crucified with Christ: nevertheless I live; yet not I, but Christ liveth in me: and the life which I now live in the flesh I live by the faith of the Son of God, who loved me, and gave himself for me.

Mary Sue was born in Savannah, TN, May 2, 1945. Her grandmother was a Choctaw Indian medicine woman. The lineage was to come down to her, but God had other ideas.

She was saved at an early age growing up at the East End Methodist Church in Savannah. In her early life she received frequent dreams, vision, and supernatural encounters with the Lord.

She met David Davis in high school and her grandmother prophesied, “This is the man you will marry.” Her mother prophesied that should would become a preacher and enlighten many.

Mary Sue is married to David Davis. They just celebrated their 48th wedding anniversary. They grew up together and grew in the Lord. David is a singer and moves in many of the gifts of the Lord including, pastor, counselor, prophetic worship. David sang professionally in his 20’s in gospel music with the Imperials, Happy Goodman Family, Blackwood Brothers, Speer Family, Rambo’s etc., in concerts throughout the Mid South.

Mary Sue and David have one son, Sean, who works in the media/film industry.

Mary Sue graduated from High School as Val Victorian and received a scholarship to then Memphis State University in Memphis, TN. Her dream was to be a doctor. She is now a doctor for Jesus and moves in many different ministry areas of supernatural and natural healing.