DID YOU HEAR THAT?

By Becca CardMarch 16, 2021Equipping the Saints

Did You Hear That?

God Will Surprise You After Disappointment
By Miki Maynard

Don’t you love surprises? I don’t know anyone who doesn’t. Special events and seasons are a time when we might expect a surprise, but you know what? I have learned that God doesn’t need a special event or time to do something unexpected. I believe He certainly works in those times, and we like to come with expectant hearts. He is our good heavenly Father though, and He likes to do special things for His children whenever He wants to. 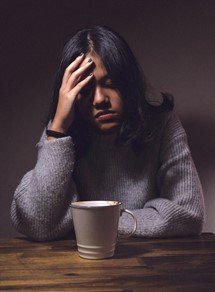 I hope what I share with you will encourage you if you have experienced something disappointing. A very difficult event in my life happened where I felt rejection and very misunderstood. I wanted to go to the mission field, and everything was in order.

I felt led by the Lord and doors were opened and confirmed His leading. It burned in my heart.

I gave away all I had, and my flight was arranged.
I wanted to serve the Lord so much and help people with acts of love. I had done it before and loved how it made me rely completely on the Lord and how I was able to serve and help people. I felt like I was making a difference in this world that can be so harsh and cruel.
I was so excited.

Then, the whole thing fell through. I was just crushed. Something went wrong. Call it persecution. Call it manipulation but ultimately, I was wronged by the enemy. After a while and some tears, I pushed it aside and was seeking Him. I was astonished at what happened next.

I was spending time with Him and worshipping. I paused, was relaxed, and resting in His presence.

Then it happened! I got surprised! I jolted up with shock! Picture this if you will as I ask, when you are surprised, what do you do? Do you drop your jaw, and lean forward, with one of those big expressions on your face and point? It’s like you can’t help it. It is just your reaction.

This was no exception. Even though I was alone in the room. I sat up, my jaw dropped open, I had a huge, shocked expression on my face and pointed. As if I was trying to show someone that wasn’t there what had just happened. “Did you hear that!?”

I kept pointing with my mouth open looking around. I looked this way, then that way, completely shocked by what the Lord just did.

I bet the Lord just laughed at my silliness! 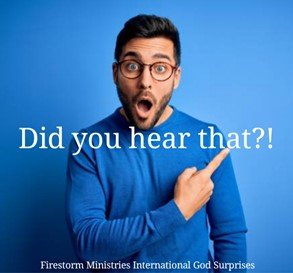 The thing that takes this to a very special moment between Him and me, is what He said to me and how He said it.

I didn’t just hear this in my spirit. I literally heard Him. Audibly. Yes, I literally heard Him. Before this, I have never heard Him speak audibly. I bet you have! I was so astounded that it must have been hilarious to see. He spoke right into my ear. When I thought about it, he would have had to have been standing right next to me and leaning down. It was an energetic whisper with emphasis and very, very clear. You probably had this happen before, but I never have.

I could not believe that I actually heard Him speak to me. As it sank in, I felt so much joy and love.

So remember, I told you this was after a painful experience? It made me question my calling and ability to hear Him and follow Him (as trials do when they test us).

The Lord was intentionally doing something here to communicate to me. So what did He say you ask?

This is what He says to YOU today. If you are disappointed, He says to you:

He says to you today:

No good thing will I withhold from you. Expect surprises from Me. You are precious in My sight and as you walk with Me and choose Me, you can be reassured that nothing can snatch you out of my Hand. I call you by name: you are Mine!

“My Father who gave them to me, is greater than all; and no one can seize them from the hand of my Father.”