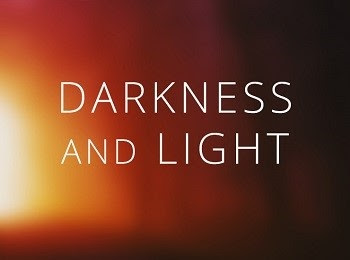 I was going through a note pad just the other day from August 2008, and I found something the Lord revealed to me about darkness and light.  As I was reading, I was compelled to share it publicly.  This is what was written:

“Out of darkness came forth creation. ​ Out of light came forth revelation.”

Before I go any further with this article, I want to reveal to you that all

darkness is not evil. In the book of Genesis, we read that darkness was upon the face of the deep. While it was still dark, God spoke forth light into existence on the first day. Then on the fourth day, He spoke, the sun, and the moon into existence.

1 – In the beginning God created the heaven and the earth.

3 – And God said, let there be light: and there was light.

4 – And God saw the light, that it was good: and God divided the light from the darkness.

5 – And God called the light Day, and the darkness he called Night. And the evening and the morning were the first day.

God used this format of creating in the dark and revealing in the light several times in the scriptures. 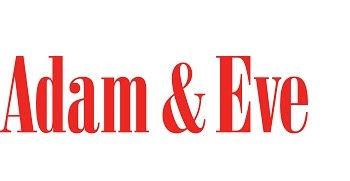 When God made Eve, he placed Adam in a deep sleep. While Adam was in the dark God made a partner for him. Adam had named all the animals God had made.  When he saw his partner, he recognized she was part of him and named her woman. How did he know? He got a revelation.

21 – And the Lord God caused a deep sleep to fall upon Adam, and he slept: and he took one of his ribs, and closed up the flesh instead thereof;

22 – And the rib, which the Lord God had taken from man, made he a woman, and brought her unto the man.

23 – And Adam said, this is now bone of my bones, and flesh of my flesh: she shall be called Woman, because she was taken out of Man. 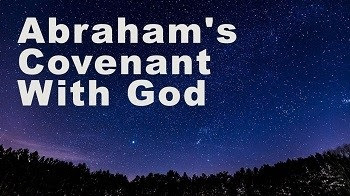 Abram had a dark and light experience in his lifetime. Do you remember the time when Abram rescues Lot recorded in Genesis 14?  Abram never took a penny for himself from the money that was recovered. In chapter 15 it says;

1 – The word of the Lord came unto Abram in a vision, saying, Fear not, Abram: I am thy shield, and thy exceeding great reward.

Abram had just won a battle and God said, fear not. Why?  When you read the text more closely, you get to see how Abram is concerned about an heir. Abram literally has a dialogue with God about this subject. In Genesis 12 the Lord took Abram out of Ur of the Chaldees and gave him a promise.

2 – And I will make of thee a great nation, and I will bless thee, and make thy name great; and thou shalt be a blessing:

3 – And I will bless them that bless thee, and curse him that curseth thee: and in thee shall all families of the earth be blessed.”

This was the thing that Abram was concerned about, he still did not have an offspring and he reminded God of his promise. But God asked him to go a step deeper into a relationship with him by cutting a covenant. Covenants demand commitment and trust. He had to pay a sacrifice; a horror of great darkness fell upon Abram.

12 – And when the sun was going down, a deep sleep fell upon Abram; and, lo, an horror of great darkness fell upon him.”

When Abram was in this trance-like state God revealed 400 years of captivity of the children of Israel.

Peter fell into a trance on top of Simon’s house, where the Lord showed Peter a series of pictorial instructions.

9b – Peter, went up upon the housetop to pray about the sixth hour:

10 – And he became very hungry, and would have eaten: but while they made ready, he fell into a trance,”

The Lord had to change Peter’s understanding of the Gentiles. It was absolutely forbidden for Gentiles to eat with the Jews.

3 – Saying, thou wentest into men uncircumcised, and didst eat with them.

Yet after Peter’s trance he and six other Jewish men accompanied the three men back to Cornelius’s house (Acts 11:12). Peter reveals the plan of salvation and the household was baptized in the Holy Ghost. (Acts 11:15-17.)

Each one of these characters came to the threshold of change in their lives.

God took them into the dark and it changed them. Then He enlightened them (revelation).

OUT OF DARKNESS CAME FORTH CREATION​

OUT OF LIGHT CAME FORTH REVELATION​

Keep under the spout where the glory runs out!!!