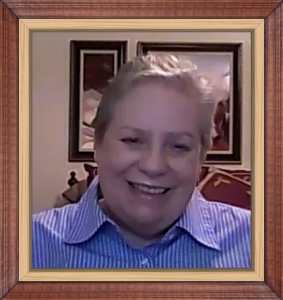 I was born in Murfreesboro, TN, first of three children to Bill and Nancy Matthews.  I attended Central High School, Oakland High School, and Middle Tennessee State University.  Her college majors were Speech and Theatre with a technical emphasis and English.  I had technical fellowships with the Theatre Department and was the Facilities Manager for the main theatre for all events outside of the theatre department events.  I lived at the theatre and learned from working from touring professionals who gave me jobs after college.

My first job was working for European theatrical lighting manufacturer ADB out of Brussels.  The next was for an ABC TV affiliate station in El Paso, TX as their lighting director and studio manager.  I also worked for their radio station as a salesperson and on-air personality to pass time. When I left the local station, I held many TV positions and shows.

I also did concert touring lighting, lasers, and pyrotechnics for many famous groups.  I did country groups which brought me to meeting Bonnie Nelson.  I did lighting for one off her shows until I started touring with her as her lighting designer/director and pyrotechnician.  I did lighting for auto shows, music videos, corporate meetings and managed the S.E. United States for a manufacturer of theatrical dimming and control desks for six years countless music videos and the United Methodist video program ” Catch the Spirit” for 100 shows.  Having worked myself nearly to death, I medically retired in 1998.

I was raised in the Methodist Church and first gave myself to Christ when I was 14. I was baptized by immersion in the river behind our house.  I was also sprinkled as a child.  I was “Born Again” in 1977 in El Paso, TX. in a Nazarene church.  I rededicated my life and was “Born Again” with the full knowledge and spirit in Huntsville, AL by Jim Mellard.  I believe I joined FS in 1999, and took classes with Deb Ingram, Risa Utley, and later Bonnie Nelson.  I have always been a Christian but have taken several brief leaves and have only been part of the prophetic journey since I have been in FS.

I have had an extensive list of medical miracles starting off with a heart attack and triple bypass heart surgery at age 37.  I had two strokes and a six week medically induced coma which I have testified about many times.  I was also blessed to have awesome physical and occupation therapists and home nurse.  All of them were Christian and fed my soul as well as my physical body.  My favorite bible verse came as a result of all the rehabilitation training and was my everyday mantra.  Philippians 4:13 – I can do all things through Christ who strengthens me.  I still speak this verse daily many times as I face challenges.

I have an outreach to the artistic lost including the theatre people and gay community which is a large part of that community.  I minister through love and understanding, and they repay that trust by asking me for clarity on the Christian faith that I portray or try to portray to them.  They also ask me to pray with them.  I am constantly reminded of my second favorite verse: Job 22:30 – I will deliver those you intercede for by the cleanness of your hand.  I believe I am making a difference to some of them, as they believe in Christ, they just struggle with their sin of homosexuality.

I want to encourage you to spend time reading the lessons and words published on the FS website as they are a treasure trove of study.  Thank you, Bonnie Nelson and Becca Card, for the honor of leadership with Firestorm Ministry after many years of study and service at your feet.  Enjoy and study all that the Zoom forums have to offer and to attend the Thursday Night “Situation Room” where we pray for the prayer needs of our members and their families.  I have the honor of oversee the FS Prayerstorm list which has around 30 prayer intercessors who pray for the needs of the Firestorm members and their families.  This is an intense ministry outreach sometimes and the prayer requests are life and death.