A SERMON & A SONG FOR GOOD FRIDAY

By Becca CardOctober 3, 2019Equipping the Saints 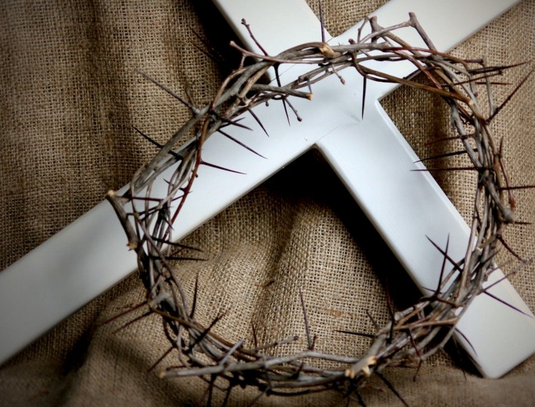 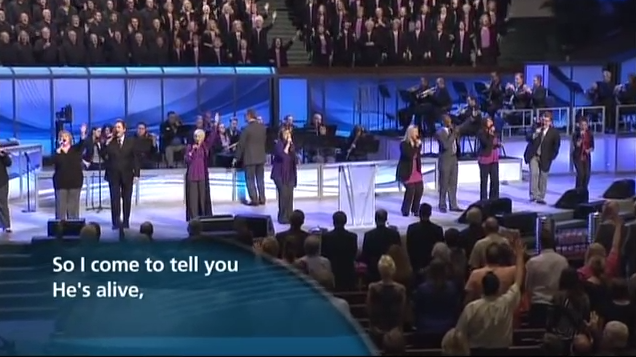 This Blood by The Prestonwood Choir

It was three o’clock. Jesus called for water. He could hardly speak. A soldier fixed a sponge on a spear and held it up to his lips. It was terribly bitter but it was enough. He strained to raise his head and look up to heaven. “It is finished,” he cried and then he bowed his head and gave up his spirit.

At the time, the moment was filled with too much emotion for those words to sink in and to ponder what they meant. But later as the early Christians read John’s Gospel and heard again those words, it dawned on them just how powerful these dying words of Jesus were. John wrote his Gospel in Greek, and those last words of Jesus are just one word in Greek – tetelestai (pronounced te-tel-es-sty).

The expression “It is finished” or tetelestai was well known to them. It was a part of everyday language.

When a servant had completed a difficult job that his master had given him to do, he would say to the master – tetelestai – “I have overcome all the difficulties; I have done the job to the best of my ability. It is finished”.

When the Jewish people went to the temple with their sacrifice, the High Priest would examine what was brought. Most likely, he didn’t speak Greek but he would use the Hebrew equivalent of tetelestai – meaning, “Your offering is accepted; it is perfect”.

When the merchant at the market place made a sale and the money was handed over, he would say, “tetelestai – the deal is finished, complete. The price has been paid in full. I am satisfied”.

When an artist had finished a painting or a sculpture he would stand back and say, tetelestai – it is finished; there is nothing more that can be done to make this piece of art any better. This painting is complete.

When a boy recited to his father a difficult passage he had learnt from the Scriptures or a girl showed her mother the bread she had baked for the family, they would say tetelestai and the parents responded with, “Well done, my child, I am very proud of you.”

When Jesus spoke those final words he wasn’t just saying, “This is the end of me” as if there was nothing else to do but to give in to his enemies and die. His last words weren’t a final surrender to the power of Satan as if to say, “You have won. I’m done for”. These words don’t tell us that Jesus was dead now and that’s all there is to it. He is finished and so is everything that he stood for and promised during his earthly life.

All those who heard the word tetelestai – the servants, those who offered sacrifices at the temple, the buyers and sellers at the market place, the artists and parents and children understood that Jesus is saying that his job of saving the world has been completed.

He has finished the task and
nothing can be added to what has been done.

Jesus has paid the price in full – he has cancelled all debt.

His sacrifice has been a perfect one, acceptable to the heavenly Father who, looking down on his Son hanging lifelessly from the cross, said, “Well done, this is my dear Son with whom I am well pleased”.

Tetelestai – it is finished. Everything is complete!

Reconciliation is finished. The word ‘reconciliation’ has been used a lot in connection with the relationship between the aboriginal people of our country and the rest of the community. The terrible things that happened in the past have caused a rift between black and white people. Efforts have been made to heal the differences, to close the gap caused by past actions, to restore friendship, to be reconciled.

A terrible gap has come between God and all humanity caused by sin and evil. Our offences, our disobedience, the hurt we have caused God and others have destroyed our relationship with God. Recall a time when you have done something that has hurt someone else and because of that your friendship with that person has been damaged, a gap has come between you, and you felt uneasy when you met that person, in fact you may have avoided that person. All of that doesn’t change until you put aside your differences and friendship is restored.

In the movie Grand Canyon, a tow truck driver is threatened by five troublemakers as he attempts to rescue a terrified motorist. He says, “Man, the world ain’t supposed to work like this. Maybe you don’t know that, but this ain’t the way it’s supposed to be. I’m supposed to be able to do my job without askin’ if I can. And that dude is supposed to able to wait with his car without you rippin’ him off. Everything’s supposed to be different than what it is here.”

And he’s right. Everything’s supposed to be different. God created a perfect beautiful world and he made people to live in harmony and peace with one another. But look what’s happened. We all know what an effect our poorly chosen words and lack of consideration have on our relationship with family members and friends. Greed and selfishness destroy friendship and separate people and nations. That tow truck driver hit the nail on the head when he said – “Man, the world ain’t supposed to work like this”.

Jesus died on the cross to get rid of the power of sin to condemn us. His death bridged the deep gulf between God and us. “Salvation is finished”, Jesus cried. The restoration of the friendship between God and humanity has been finished. The task for which God’s Son came to earth has been completed.

He has won forgiveness for all people.

Nothing else needs to be done.

Salvation is complete. “It is finished”.

That’s why we call today “Good Friday”. It certainly wasn’t a good day for Jesus. He endured pain, soul-wrenching agony, hanging by the nails in his hands for hours, death on a rough wooden cross, for our sakes. We call today “Good Friday” because the cross is proof of the powerful love that God has for each of us. No one, not even God, would do something like that unless he truly loved us. Here we see a love that was prepared to endure the ultimate in order to rescue us.

We have known love to do some very powerful and strange things. A teenager Arthur Hinkley lifted a farm tractor with his bare hands. He wasn’t a weight lifter, but his best friend, eighteen-year-old Lloyd, was pinned under a tractor. Arthur heard Lloyd screaming for help and Arthur somehow lifted the tractor enough for Lloyd to wriggle out. His love for his best friend somehow enabled him to do what would normally be impossible.

There is the story of a priest who offered his life in place of a teenage boy in Nazi Germany. His offer was accepted and the priest died to save the boy’s life.

And then there was the young soldier who had been condemned to death by Oliver Cromwell. He was to be shot at the ringing of the curfew bell. His fiancée climbed the bell tower and tied herself to the clapper of the giant bell so that it would not ring. When the bell did not ring, soldiers went to investigate and found the girl battered and bleeding from being bashed against the sides of the bell. Cromwell was so impressed by her love for the young man that he was pardoned.

Because of love, people do extraordinary things for others. They give us a glimpse, a small glimpse, at the kind of love that God has for us. God the Father sent his dearly loved Son into dangerous territory. He allowed his Son to be treated cruelly. He stood by and watched his innocent Son be nailed to a cross and to hang there in agony. He could have rescued him and cursed those who were treating him so brutally and maliciously. He allowed his Son to carry the sin of all humanity and so become repulsive even to his own Father. I don’t think we can fully appreciate what it meant for the Father to abandon the Son and let him died at the hands of evil people. When Jesus cried out, “My God, My God, why have you forsaken me?” we sense something of the terror of bearing the weight of the sin of all humanity.

Paul writes, “God has shown us how much he loves us—it was while we were still sinners that Christ died for us! … We were God’s enemies, but he made us his friends through the death of his Son.” (Romans 5:8,10). That’s how much God loves us – Jesus died for us even though we don’t deserve it. His death has made us God’s friends.

Jesus’ announcement, “It is finished” is clear and simple. Jesus has completed his task. The reason why he came as a human has been fulfilled. He came so that you and I can have forgiveness and salvation. He came to give us the victory. He came to ensure that we would enter his kingdom and live forever.

Today we’re going to do an “Altar Call”. You don’t have to get up; you don’t have to raise a hand or say a word. All I want you to do is close your eyes. For a short while, I want you to think about what Jesus has done for you through his death on the cross. Visualise in your mind the suffering Saviour. Think about the love that God has for you, and thank him. Ask God to wrap you tightly in his love – forgiving you, watching over you, guiding you. If you feel that Jesus and his love for you are not real for a large part of your life, ask for his help.

We pray:
Loving God,
what you have done for us in Jesus’ death on the cross is far more than we deserve. His death has made us friends with you again. His death has given us forgiveness and the hope of life forever. Everything is complete. We thank you from the bottom of our hearts. Amen.