Here is an article from Dr. Michael Brown concerning an issue I believe should be shouted from the rooftops. In the midst of all the attempts to transform America from a “land of the free and the brave” a renegade spirit ravages across our Nation mutilating the reality at the core of who we are as human beings.

Scientific fact seems to have been transformed into a best selling horror movie touting, you can be whatever you want to be, with no ill effects. Does that sound like the truth?

No, but you see, we are no longer talking about truth, we are talking about deception, a form of truth, but not the truth. Will a form of the truth make you happy? Probably not for very long, because truth has a way of haunting a fantasy.

An example of this fantasy is shown here with a man who was obsessed with being a cat, before and after pictures. 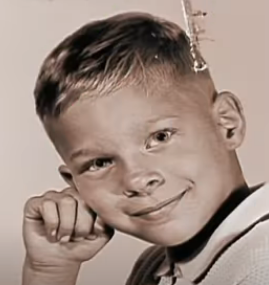 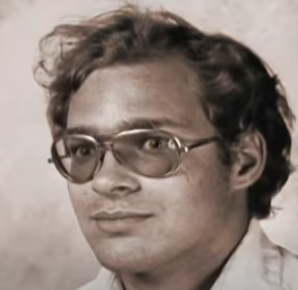 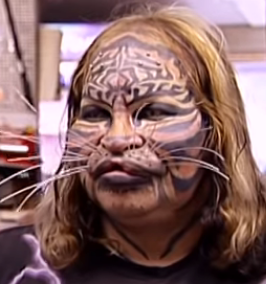 The reality of the fantasy is, though he had a form of what he thought he wanted, in the end, he blew his brains out and committed suicide.

In today’s world compassionate people are quick to tell you, be what you want to be, without understanding the consequences of trying to be something you are not able to be, according to science. I detest those who have invaded our medical and governmental systems and are preying on children, who according to science, have brains, which are not considered to be fully mature until they are twenty.

Interesting to note, in Numbers 14:29, even Yahweh did not hold people accountable, until they were “twenty.” Selah!

You will all drop dead in this wilderness! Because you complained against me, every one of you who is twenty years old or older and was included in the registration will die.

The people who are nullifying the legal authority of parents and their protective rights over their children, to allow children (with their help) to make decisions, which will effect them for the rest of their life unto the grave, should not have this kind of legal authority. Even if these children were wards of State, these procedures are not life threatening medical emergencies and these children are MINORS under the law and in the eyes of our Creator God Yahweh!

On another note, these predators are pushing their own agenda’s, supplying the money and surgical procedures to provide synthetic hormones and mutilating surgery on children’s bodies. Where is this money coming from and at the least, should not the court systems uphold the rights of the parents, until the child is fully capable of making a life changing decisions such as this, on their own, as an ADULT?

I have questions and you should too, whether you have children or not.

Dr. Michael Brown is addressing this issue of parental rights in the article below and highlights the case of a parent who is fighting in Canada to call his daughter, “his daughter.” He is now in jail. Think this can’t happen here, think again.

The enemy of our souls is keen to lead people into believing a lie to be the truth, but whether you are a man who wants to be a cat, or a boy or girl who wants to be the opposite, it is a lie to tell anyone, hormones, surgery, or implants can make you something you are not. This is deception at its best and it is cruel and dangerous for anyone to take part in this type of mental cruelty and abuse, especially regarding children.

May Yahweh help us to speak truth and light with love into this darkening world. Spread the truth, expose the lies and Stand for Truth!

This Is Child Abuse and Madness, and It Must Stop 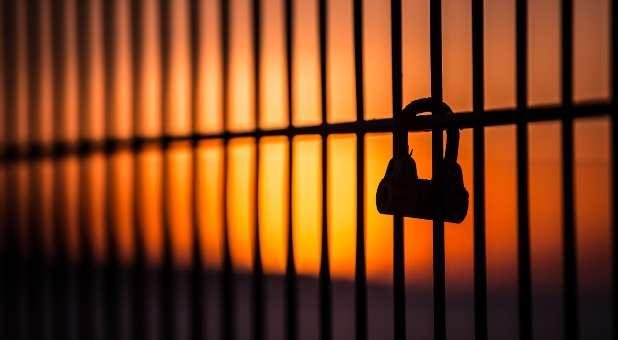 There are so many pressing issues in America today, from bills under discussion in Congress to the fears of Asian Americans in light of increasing hatred and violence. There are international issues demanding our attention, including the upcoming Israeli elections and the current conflict between Biden and Putin.

I would rather comment on any of these subjects than the subject of this article. Yet those other issues will have to wait one more day. This week’s outrages are just too outrageous. We must speak out again.

This week, a Canadian father, Robert Hoogland, was jailed for the crime of referring to his 14-year-old daughter as his daughter. That’s right. Because this concerned father referred to his daughter as female, thereby violating a court order, he has been arrested and put behind bars.

You say, “Obviously, there’s something missing from this story. Did he abduct her? Is she not really his daughter? What else happened?”

In reality, the story is worse than you can imagine.

A few years ago, Hoogland (whom I met and with whom I discussed the situation) learned that his daughter’s school had been pushing her in the direction of male identity, claiming she suffered from gender dysphoria.

They even changed her name in the school yearbook without informing the parents, encouraging her to get on hormones and to work towards sex-change surgery.
The girl’s mother sided with the daughter, but Hoogland opposed the decision. After all, she was a young teen and hardly capable of making such life-altering decisions.
The court sided with the daughter, forbidding her father from trying to impede her gender transition.

But that was only the beginning of the story. The court then forbade him from referring to his own daughter as “she.” Or using her real (female) name. Or speaking of her as his “daughter.” If he dared to do so even in the privacy of their home—I am not making this up—he would be put in jail.

This is madness. This is something out of Nineteen Eighty-Four. And it is something that many of us have stated plainly was coming to a city near you.

To Hoogland’s credit, and out of genuine love for his daughter, he continued to speak out publicly. And now, he has been put in jail.

Several years ago, when Canada passed Bill C16, the so-called “anti-discrimination,” gender identity bill, professor Jordan Peterson raised his voice in protest (this was before he shot to international fame), warning that the enforced speech of the bill would lead to situations just like this. His concerns were dismissed as extreme.
In response to Hoogland’s arrest, Peterson tweeted, “This could never happen, said those who called my stance against Bill C16 alarmist. I read the law and saw that it was, to the contrary, inevitable.”

I urge every parent to read Hoogland’s words, which follow here, and to feel his pain for his daughter.

Speaking of the court ruling, he said, “They’ve created a delusion, and they’re forcing parents to live in this delusion.”

And he asked, “What happens when the bubble explodes and the delusion ends. … She can never go back to being a girl in the healthy body she should have had. … These kids don’t understand. What kind of 13-year-old is thinking about having a family and kids?”

And then this: “What kind of father would I be if, in 10 years’ time she’s detransitioning, and she asks me, ‘Why didn’t you do anything to stop this? None of you stuck your neck out for me back then.'”

He will be able to say that he tried his very hardest, to the point of sacrificing his freedom. (Scott shared his heart in this video before turning himself in for arrest.)
You say, “But that was Canada. That could never happen here in America.”
Well, isn’t it bad enough that this happened to a family in Canada? Shouldn’t this concern us as well?

That being said, there is no good reason why things like this could not happen in America, given the direction the country is going.

In fact, in 2018, an Ohio judge “gave custody of a transgender teen to his grandparents rather than his parents, allowing them to make medical decisions regarding his transition.

“The parents didn’t want the teen, a 17-year-old who identifies as male, to undergo hormone treatment and refused to call him by his chosen name, triggering suicidal feelings, according to court testimony. The parents wanted custody in order to make medical decisions for the teen and prohibit the treatment that his medical team had recommended.”

As for freedom of speech, on Thursday, a street preacher who was speaking outside of a drag queen story hour, where these men read to toddlers, was threatened with arrest by a local officer. And what was his alleged crime? His speech might offend others. He was even told that saying that certain people were going to hell could be deemed offensive, since “hell” could be considered a swear word. (Watch the clip for yourself.)

As for these infamous, truly detestable drag queen events, it is now reported that, “The former leader of a prominent gay charity that sponsors Drag Queen Story Time for kids has been arrested on child pornography charges, local media reports.
“Brett Blomme, a Children’s Court Judge in Milwaukee, was arrested and charged with seven counts of possessing child pornography Tuesday, the state Department of Justice announced.

“Blomme, 38, is accused of uploading 27 terrible images and videos of children being sexually abused on the messaging app, Kik, using the name ‘dommasterbb’ between October and November 2020, according to the 44-page search warrant.”
No surprise that he was a champion of drag queens reading to toddlers.

This is why we must speak out against this madness and work together to stop the child abuse. And that’s why people like Scott Newgent, a biological female who now lives as a male and is anything but a fundamentalist Christian, have called for a broad coalition of people of conscience to work against children “transitioning.” (Having interacted directly with Newgent, I can testify that she is absolutely passionate about raising her voice on behalf of the children.)

Just this week, I was sent a link to an article from 2019 detailing the story of a lesbian couple in England. One of women identifies and lives as male, meaning that these two women live as husband and wife. Their son, then 5, began to identify as a girl, and so they have announced that their son is a girl and are encouraging his gender transition.

But this should hardly surprise us. After all, no matter how loving they may be as parents, a lesbian woman cannot possibly function as the boy’s father, nor does this child have a fair shot at discovering his true identity.

Do we, then, sit idly by while children’s lives are being destroyed? Do we remain silent while a father sits in jail for fighting for the wellbeing of his daughter?
Certainly not. The least we can do is raise awareness and raise our voices.

I will always grieve over the pain that has been experienced by those who identify as transgender. But I will not collaborate with child abuse.

This is madness. This must stop.